Sandcastle Publishing is Proud to Celebrate the 2011 Chambie Awards

The 2011 Chambie Awards to honor the brilliance of young Hollywood. 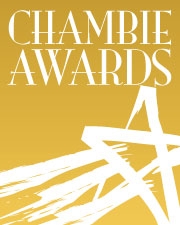 Los Angeles, CA, September 27, 2011 --(PR.com)-- Frustrated by the lack of focus given to young actors by the Academy and various entertainment news sources across the country, best-selling author and acting coach Chambers Stevens created the award to honor the brilliance of younger Hollywood.

To qualify for a Chambie award, an actor must be under the age of 18 during filming and the role must be English speaking. For the ensemble award, all performers names must appear in the cast credits of the final release print.

Sandcastle Publishing began in 1990 with the desire to provide parents with the tools and equipment to raise healthy, curious, happy children. They continue to be committed to helping those who express the desire to improve themselves through participation in the performing arts.