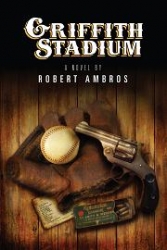 About the Book
It is 1939 and as war breaks out in Europe, a young American communist, Lou Harris, is brutally murdered at a Washington, D.C. baseball park. No one seems to care until the victim's older brother, Jack, an investigative reporter, arrives from St. Louis. With the help of Lou's girlfriend, Maggie Thorton, Jack uncovers his brother's connections not only with the American Communist Party, but with the FBI and the work force as well. When Jack discovers a list of murdered communists his brother put together, he is targeted by powerful forces. Jack uses the list and all his investigative skills to learn that his brother's murder was tied to the outbreak of war in Europe. Now he must find the killer and expose a grand scheme before he himself is hunted down.

About the Author
Robert Ambros is the author of “The Brief Sun,” the historical novel that won the 2003 Writer’s Digest Award for best genre fiction. A physician who authored over fifty scientific papers, he also authored “When Eagles Die,” a historical novel portraying the effects of post-traumatic stress disorder on the second generation. He currently lives in Central Florida.

Hardcopy and ebook available from all major distributors (Amazon, Barnes and Noble, Authorhouse).