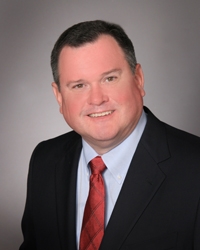 Houston, TX, March 21, 2012 --(PR.com)-- Balfour Beatty Construction announced today the addition of John Waltz as senior vice president for the Houston division’s Large Projects group. In this role, John will help the company grow its presence in Houston as a leading contractor for vertical construction projects.

“We see significant opportunities in the Houston market,” said Mechler, “and we are focused on bringing the right talent and resources into our organization to better support the clients here. John represents some of the best talent our industry has to offer.”

Waltz has more than 25 years of experience in the commercial construction industry, including work in the office, energy, retail, healthcare and education markets. Active in industry organizations, he has been co-chair for the Houston Chapter of the Associated Builders and Contractors and member of the Katy Economic Development Council. Waltz is a graduate of the University of Houston and has spent his entire professional career in Houston and the surrounding cities.