Twenty one of the world’s top physicists, including three Nobel Laureates, opened a symposium on St. Thomas in the US Virgin Islands to debate the essence of gravity and a unified gravity theory. 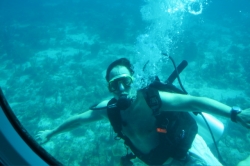 New York, NY, March 29, 2012 --(PR.com)-- Twenty one of the world’s top physicists, including three Nobel Laureates, opened a symposium on St. Thomas in the US Virgin Islands to debate the essence of gravity and a unified gravity theory. The private meetings were called, “Confronting Gravity: A workshop to explore fundamental questions in physics and cosmology.” The goal of the conference was to establish what the current consensus is, if any, for defining gravity.

The conference was financed by science philanthropist, Jeffrey Epstein and his foundation, J. Epstein Virgin Islands Inc. It was organized by physicist and cosmologist, Lawrence Krauss, Foundation Professor of the School of Earth and Space Exploration and Physics Department, and Inaugural Director of the Origins Initiative at Arizona State University. The Nobel laureates included, particle physicists, Gerardus‘t Hooft, David Gross and Frank Wilczek. Other scientists in attendance were theoretical physicist, Stephen Hawking, Jim Peebles from Princeton University, Alan Guth from MIT, Kip Thorne from Caltech, Lisa Randall from Harvard University, Barry Barish from LIGO, the gravitational wave observatory, a bevy of observational cosmologists and Maria Spiropulu from CERN near Geneva, Switzerland.

Understanding gravity is critical right now Krauss argues because “many of the key ideas at the forefront of particle physics cosmology relate to our lack of understanding of how to accommodate gravity and quantum mechanics.” Indeed, conventional notions of gravity require little to no spatial energy for entities to be bound to the other, a sense of anti-gravity or vacuum. But on the quantum level, subatomic particles are bound by the exchange of increasingly intense energy parcels: electrons by the exchange of photons, neutrons and protons (made up of quarks) by the exchange of gluons, and the decay of quarks and leptons by the exchange of vector W and Z bosons.

To make it even harder, there is a lack of experimental evidence in the murky field of quantum gravity, and classical physics has really only observed the effects of gravity over larger ranges of 50 orders of magnitude of mass, i.e., for masses of objects from about 10−23 to 1030 kg.

The outcome of the conference however was quite astounding, Krauss asserts. There was a general consensus that gravity might exist in the form of gravitational waves and that these waves could be a part of “what we’ve been calling, empty space.”

The notion of gravitational waves is not new. They were predicted by Einstein to exist from the curvature of space time, and although they’ve never been directly detected, there is indirect evidence from the study of binary stars, neutron stars and black holes. What bothers Krauss though is that there’s still a lack of basic physics to explain them. “...We have these ideas and these parameters and every experiment is consistent with this picture, and yet nothing points to the fundamental physics beneath it.”

At the conference though, Krauss and others focused on finding such an explanation. Empty space, they suggested, is perhaps neither full, nor empty but is rather in a state of flux between intense energy spurts and their cancellation. “We know empty space isn't empty, because it's full of these virtual particles that pop in and out of existence,” Krauss points out, “If you try and calculate the energy level in a hydrogen atom, and you don't include those virtual particles, you get a wrong answer. Every now and then you have an electron positron pair that pops into existence,” he continues. “And [while] the electron wants to hang around near the proton because it's oppositely charged, the positron is pushed to the outskirts of the atom, and while there, they change the atom’s charged distribution in a very small, but calculable, way. Feynman and others calculated that effect, which allows us to get agreement between theory and observation at the level of nine decimal places. It's the best prediction in all of science. There's no other place in science where, from fundamental principles, you can calculate a number and compare it to an experiment at nine decimal places like that.”

But if empty space is full of intense virtual particles, not to mention other particles, it’s equally full of the cancellation of energy. Symmetry in nature occurs all the time, Krauss notes and can produce exact cancellations, for example the peak of a wave coinciding with the trough of another. Absolute cancellation is mathematically challenging though, Krauss points out. “You can't take two [energy] numbers that are very large and expect them to exactly cancel leaving something that's 120 orders of magnitude smaller left over. And that's what would be required to have an energy that was comparable with the observational upper limits on the energy of empty space.”

To deal with this difficulty, Krauss simply derives that the energy of empty space could never be exactly zero. And to distinguish it from pure empty space, one would have to measure it over time as it fluctuates. “The only observation that would give you positive information is if you could measure it changing over time. Then you'd know it wasn't vacuum energy.”

This view of not quite empty space, made up of intense energies that almost cancel each other out, might very well help to explain the physics of gravitational waves beyond the consequences of curved space time: not just in their architecture but their capacity to occur in both the high energy quantum realm as well as the apparent voids of gravitational space.

“Right now we're floundering,” Krauss admits. “We're floundering, in a lot of different areas.” But from a gravity point of view, that approach might well lead to a unified theory.