Baseball is one of the oldest and most traditional American sports in history. In 1947, during the Civil Rights movement, it proved that integration could work and black people could compete with whites with class, skill, and dignity. Now, experience the game America knows and loves in a completely different way. Writer and director, Scott Essman and Visionary Cinema hits a homerun in telling a creative, fictional, smart story about top executives trying to change the rules of the game itself. 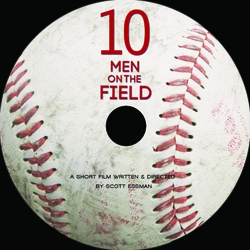 Los Angeles, CA, May 22, 2012 --(PR.com)-- Visionary Cinema's Ten Men on the Field is a new short film, currently available on DVD only. It's a story about baseball, from several of the sport's top executives’ point-of-view. Baseball owners from all over the US come together to discuss the downfall of what used to be America’s favorite pastime. Everyone’s intention is the same: save baseball and keep fans interested and excited; however, some of the suits want to go a little too far. Baseball has always been filled with integrity, tradition, and loyalty to its fans, and everyone except one executive from New York (played by Wil Bowers), who wants to tamper with the game’s nearly 150-year-old traditions. The New York executive, without any real power, does everything in his range of beliefs and knowledge to save the game. This begs the question, “How far will you go to defend something you believe in?” Watch this inspiring film to see how one man will do what it takes to stand up for what he believes in, this uniquely American tradition and institution.

This Visionary Cinema film has recently been added to the baseball film library at the National Baseball Hall of Fame in Coopertown, NY. 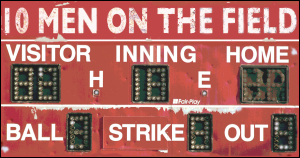 Ten Men On The Field

Title treatment of the new short film, "Ten Men on the Field"