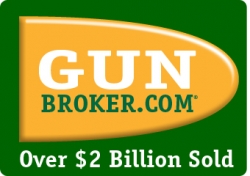 “Bloomberg Businessweek reported an overall Cyber Monday sales increase of 17 percent based on ComScore figures,” commented Don Hall, COO of GunBroker.com. “We are encouraged to report sales activity at GunBroker.com well in excess of that 17 percent figure with a 22.7 percent surge in sales over the same time last year.”

“Sales of firearms and related equipment have obviously been very strong throughout 2012 and we hope GunBroker.com’s strong Cyber Monday sales bode well for the entire industry for the balance of the year,” said Hall.

GunBroker.com’s overall activity also has been strong throughout 2012 with registered users soaring to over 2.25 million and unique monthly visitors exceeding 4 million with some months topping 4.5 million. The company recently reached $2 billion in cumulative merchandise sales in November of 2012.

An increasingly important force in the marketing of firearms and related hunting and shooting sports equipment, GunBroker.com was recently named the Official Internet Auction Site of the National Shooting Sports Foundation, USA Shooting, the USA Shooting Foundation and the 2012 Shooting Industry Masters.

Hunters, target shooters, collectors and friends and family members looking for that special holiday gift for the outdoorsman may view and bid on the more than 500,000 items currently posted on GunBroker.com.