FXOpen, one of the leading brokers in Forex, has recently launched a challenge for Forex traders – all residents of the Asian region have been invited to participate in a most impressive and rewarding event - Asian Forex Championship. 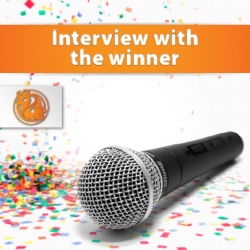 The winner has finally been defined. His name is Ariful Miftakhuddin, an Indonesian trader who’s made more than 2000% profit - a result that was impossible to surpass.

FXOpen company have managed to contact Asia’s absolute champion and ask a few questions regarding his trading experience, secrets of such a stunning success and other aspects that helped him win.

The winner’s versatile nature is by far the main surprise. Being fancy about music and bird-watching, Ariful Miftakhuddin is also a promising Forex trader. His jack-of-all-trades personality has undoubtedly helped him get the main prize. So, if you are a technician or man of art, who knows, maybe you’re an inborn Forex trader as well.

According to Ariful Miftakhuddin, he hasn’t even dreamed of the victory. He admits it was a total surprise. Mere curiosity brought him to some Forex-related forums three years ago and now he says trading is his main job. See the interview below.

FXOpen asks, "How did you learn about ForexCup contests?"

Winner says, "I came across the mentioning of ForexCup contests at one of the forums I usually read and I decided to try. I like it a lot now. And I’ve never participated in other brokers’ competitions."

FXOpen asks, "As for the Asian Forex Championship you won, how did you dare to participate in one of the biggest ForexCup events without proper trading experience?"

Winner says, "Actually, when I saw the announcement, I just decided to try. I thought “Why not?” and joined the championship."

FXOpen asks, "We know that you have already participated in 16 other contests – what encourages you trying again and again?"

Winner says, "I just enjoy learning from professionals and developing my own trading skills."

FXOpen asks, "Weren’t you scared by other traders’ performance in the contest? Did you follow the results of your competitors?"

Winner says, "I should say I was not afraid – when I’m in, I just do my best. I try to focus on my own tasks but not watch the others."

FXOpen asks, "How did you make your trading decisions – thinking twice or taking risk?"

Winner says, "In most cases I carefully analyzed the situation, but I made risky decisions, too."

FXOpen asks, "According to the contest statistics, you traded mainly GBPJPY or other GBP pairs. Is it your favorite trading instrument? Why did you choose it? What other pairs do you like to trade?"

Winner says, "You are absolutely right - GBPJPY is my favorite currency pair. I also prefer such volatile pairs as EURJPY and USDJPY."

FXOpen asks, "How long did it take you to work out a profitable strategy? What is it based on?"

Winner says, "The more I learnt Forex, the more my strategy improved. When working on it, I used different indicators, but I finally settled on Ichimoku."

FXOpen asks, "Could you please give some tips to newbies and all those planning to join ForexCup?"

Winner says, "My main advice is “never give up!” Try again and again until you succeed. And don’t forget to improve your skills by constant learning and practicing."