In August, telecom company Nobel celebrates 15 years as a premier provider in the telecom industry. The telecom company has announced that their main brands sites - NobelCom and Enjoy Prepaid will promote many surprises in the form of discounts and special deals. The firm's actions are scheduled for the first weeks of August. 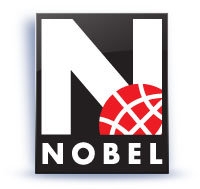 According to Thomas Kirner, President of Nobel, the company attributes its long standing success to offering their clients an affordable alternative for making international and long distance calls. While still committed to offering the classical calling card, Nobel has also embraced innovation with the introduction of alternative services, such as PC-2-Phone calling, the Nobel Dialer smartphone app (iOS, Android), and the option to recharge prepaid cell phones.

"I think offering these options has allowed us to serve a larger pool of clients, since everyone can use the calling solution that is best for them. This kind of diversity is what we plan to keep in our products for the years to come as well." -Thomas Kirner, President of Nobel

At this time of celebration, Nobel puts their new customers and their loyal existing ones, in the center of its attention. The telecom company has announced that both NobelCom and Enjoy Prepaid will promote many surprises in the form of discounts and special deals. The firm's actions are scheduled for the first weeks of August.

"Our clients are essentially the people that run our business: it's their needs that shape the future of our company, and that's why we're always trying to come up with better and more convenient products and solutions for them. It's also our customers who have kept us moving forward over the years, and for this reason, on Nobel's 15th anniversary, we want to celebrate with all of them, by having special deals, discounts and organizing various interactive activities in social media," added Thomas Kirner.

In fact, Nobel's focus has been the client ever since the company was founded: in the beginning, Nobel had only the plain and simple phone card that required users to dial long numbers to get their calls. But very soon after launch and throughout the years, the company has added many features in order to make it both easier and faster for their clients to connect. Such improvements include 24/7 live customer support, PINless dialing, automatic recharge, reward points, and discounts on major holidays. All these adjacent services and options are part on the Nobel Care program, which, as the company's site reads, is meant to rewards users "for being a loyal customer." They are available on both NobelCom and Enjoy Prepaid and even today, they set Nobel's two brands apart from most of their competitors.

Nobel is more committed than ever to expand and explore. While continuing to support and develop its current line of products, new opportunities in the mobile applications market and cloud based services are the goals for the future. A decade and a half of expertise at the top of the telecom market is the key to the success of all future projects for Nobel.