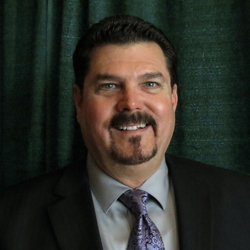 Jacksonville, FL, August 21, 2013 --(PR.com)-- The Grimes Companies are pleased to announce the promotion of Michael White to Director of Fleet Operations of Grimes Trucking Company (GTC). White has served as Terminal Manager since joining GTC in 2012.

White has more than 28 years’ industry experience and has quickly adapted to the environment at GTC. Having been responsible for 50 trucks operating in the Southeast, White will now assume the general management of the trucking operations with a focus on safety, increasing operational capacity, and developing new opportunities. White will report directly to Ike Sherlock, Vice President of The Grimes Companies.

Michael S. O’Leary, President of The Grimes Companies, had this to say about White: “Mike White’s expertise, work ethic, and values align perfectly with who we are at The Grimes Companies. There is no one I’d rather see lead this division to the next level. I am confident that with Mike’s leadership and the team he has developed over the past year that we’ll be seeing many more Grimes logos on trucks in the future.”

White is a native of Jacksonville and a Marine Corps veteran. He is a member of The Transportation Club of Jacksonville. He and his wife Sherry have a daughter and a son, along with 2 grandchildren.

GTC’s parent company, The Grimes Companies (TGC), is based in Jacksonville, Florida, and currently operates both public and contract warehouses in Florida. As a single-point solution for logistics and supply chain needs, TGC provides warehousing, transportation, and packaging services to its clients.
Contact
The Grimes Companies
Michelle Mauricio
800-881-9505
www.grimescompanies.com