A New Method to Detect Deception with Greater Accuracy

A new study shows that analyzing how a person phrases their statement is a much more accurate way of detecting deception. 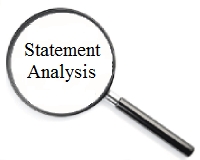 Winterville, NC, December 18, 2013 --(PR.com)-- There have been studies which have shown that people who have been trained to detect deception were only slightly better at spotting a liar than those individuals who received no lie detecting training. The method usually used in these studies to detect deception was observing someone’s nonverbal gestures. A recent study has shown that those people who are trained to listen to what a person is saying can spot a liar with great accuracy. Statement Analysis® is the process of examining a person’s words in a verbal and written statement to detect deception. The theory behind the Statement Analysis techniques is that people’s words will betray them. According to Mark McClish, President of Advanced Interviewing Concepts, there are several ways you can phrase a statement. People will always word their statement based on all their knowledge. Therefore, their choice of words may show they are lying or their language may reveal additional information they did not intend to share.

McClish cites the example of a husband who described what he did one weekend by saying, “I went Christmas shopping with my wife” as opposed to saying, “My wife and I went Christmas shopping.” McClish says there is a big difference between the two statements. “In the first statement, the husband was dragged along on the shopping spree while in the second statement he was a willing participant,” states McClish. He points out that this can be seen in the husband’s use of the word with. He explains by saying, “The word with always indicates distance. In the husband’s statement, he separates himself from his wife by placing himself at the beginning of the sentence and his wife at the very end of the sentence. In the second example, the husband and wife are joined together by the word and.”

In the fall of 2013, McClish conducted a study in which he asked 100 people to read ten statements. After reading the statements, the participants were asked if the statements were true or false. Fifty of the participants had completed the “Statement Analysis Online Training” course designed by McClish. The other fifty participants had no training in analyzing statements for deception. The study showed that those people who received training in the Statement Analysis techniques could detect deception with 84% accuracy. Those individuals who had no training could only spot a lie 53% of the time.

According to McClish, “There is no such thing as a good liar; there are only poor listeners. If you know what to look for in a person’s statement, you can determine if the person is lying or telling the truth.”

For more information on this study and the Statement Analysis techniques, go to www.StatementAnalysis.com.