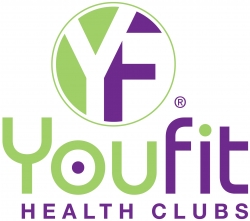 Deerfield Beach, FL, April 09, 2014 --(PR.com)-- Youfit Health Clubs, one of America’s fastest-growing fitness companies, today announced that it has raised growth capital from PWP Growth Equity, a Perella Weinberg Partners private equity entity focused on investing in lower middle market growth companies. Youfit’s founder, Rick Berks, will retain majority control of the company. Mr. Berks founded Youfit in 2008, and has since grown the company into one of the preeminent value-priced gyms in the country.

“This investment provides us with a strong foundation to continue our aggressive - yet measured - growth across the U.S.,” Mr. Berks said. “Our new partners’ past success with consumer-related businesses, and in particular, multi-unit retail, will help us accelerate our national expansion. Our goal is to become the country’s dominant non-franchise player in the value-price category within the next three years.”

David Ferguson and Chip Baird, Partners at Perella Weinberg Partners and Co-Heads of the PWP Growth Equity Strategy, will join the Youfit Board of Directors. “Rick and the management team have a unique model delivering differentiated service offerings to the fitness market. And that model has delivered exceptional returns and performance results,” said David Ferguson.

“We are very excited to be partnering with Rick. Youfit has exceptionally strong store operations with attractive growth prospects,” added Chip Baird.

Youfit currently operates 67 clubs in seven states, up from 43 clubs in three states at the end of 2012. The company expects this partnership to enable it to significantly accelerate that growth-rate over the coming years.

Youfit Health Clubs is one of the fastest-growing fitness companies in America. Youfit now has 67 clubs in seven states, with three more states opening soon, and the company’s now opening clubs at the rate of 3-4 per month. Youfit Health Clubs operates on a unique business model in the tradition-bound fitness world – there are no long-term contracts, and no salespeople to pressure users. The company’s clubs cater to the average person who simply wants to be fit, rather than bodybuilders or “gym rats.” And they may well be the “Greenest” clubs in America. Youfit health Clubs was founded in 2008 by Rick Berks, the original founder of the Planet Fitness brand in the early-90’s.

PWP Growth Equity is a private equity entity, which is part of Perella Weinberg Partners Capital Management LP and is focused on growth-oriented, lower middle market companies, primarily in the United States, across the consumer, services and industrial sectors. The group seeks to partner with existing owners and management teams, providing both capital and experience in a tailored and flexible structure, to support the growth plans and visions for value creation.
Contact
Youfit Health Clubs
Jasmine Lykins
888-968-3481
youfit.com