Taylor Swift Tickets in High Demand According to eCityTickets.com

Fans are headed to “Wonderland” as Taylor Swift brings the “1989 World Tour” to major cities across North America in 2015. Taylor Swift tickets are on sale now for all price ranges including VIP, Meet and Greet and special Fan Packages at many venues while they last, according to eCity Tickets. 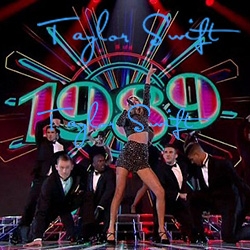 Kansas City, MO, November 14, 2014 --(PR.com)-- Taylor Swift Tour Tickets are selling in record numbers as fans can’t wait to see Taylor perform her new Pop material off her new album 1989. The 1989 World Tour is scheduled for 40 concerts in North America so far, starting at the CenturyLink Center in Shreveport – Bossier City, LA and wind through North America and Europe over the summer and fall before going to Australia in December. Planned opening acts will include Vance Joy and Shawn Mendes at select venues. Among the other large venues in North America, Taylor will also bring her concert to several major stadiums like MetLife Stadium in East Rutherford, New Jersey and AT&T Stadium in Arlington, Texas. A complete schedule of announced concert dates is listed below and fans can find great seats now by following this link: Taylor Swift Tickets.

Taylor Swift Tickets are for sale now in all price ranges. VIP seating and special Fan Packages are available at most venues while they last. Of course eCity Tickets specializes in those hard to find, up close seats, and has great seats in every price range. As one of the leaders in secondary ticket sales, eCityTickets.com offers great seats with budget friendly prices and selection for the savvy fan even when others are sold out. Find Taylor Swift 1989 World Tour tickets now to lock in the best seats.
Contact
eCity Tickets
Robert Baker
816-668-6774
http://www.eCityTickets.com