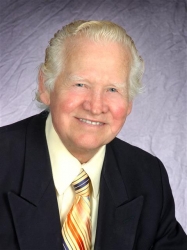 Uncasville, CT, January 09, 2015 --(PR.com)-- On January 9th, the anniversary of America’s former US Poet Laureate, the 2015 poetry award named for William Meredith was be conferred on Andrew Oerke by the William Meredith Foundation. Oerke who died in 2014, was a true Renaissance man: CEO of an environmental foundation, president of a microfinance organization, Peace Corps Director, Golden Gloves boxing champion, and academic, he was a poet of great integrity and spiritual authority. “The poet has to write from the real stuff of life, the major concerns of the heart, and of life today,” he has said. Like Meredith, a friend and colleague, Oerke believed that poetry was more than just words on a page, that it is a way of living and perceiving and relating to other people. For them, poetry can be useful in bringing about social justice and serve as a solution for changing the mind and spirit of mankind. “Hunger’s grip is cold stone,” Oerke has written of famine in Africa. “It does not forgive good intentions and tonic by the pool.” In his extraordinarily rich and varied career, Oreke has given us an example of a life lived purposely and fully and well.

Harold Bloom has said of Oerke, “...his eye is shrewd, his mind capacious, and his generosity toward mankind is endless. He is very much a person who lives out in the world, aiding other men and women to live better lives.” Literary critic Jewel Spears Brooker believes, “Andrew Oerke writes with enormous depth of feeling and mastery of form. His poems are an American treasure.” William Meredith himself, writing with his partner several years ago, has said, “Andrew Oerke’s work is a window on the world, a world seen through the compassionate eye of a fellow pilgrim. In the exquisite particulars of Africa, he sings the human condition, ‘in the heart’s duress, on the heart’s behalf.’”

Please see the attached biography for a full description of Oerke’s many awards, publications, and achievements. Oerke’s New and Selected Poems, THE WALL will be published by Poets’s Choice Press and launched at a major retrospective of Bulgarian Art at the Slater Museum in Norwich Connecticut, June 21st 2015. The award also carries a cash prize and promotional events scheduled throughout the year. For more information, please visit the foundation website: WilliamMeredithFoundation.org

A biographical article on Oerke's life and work