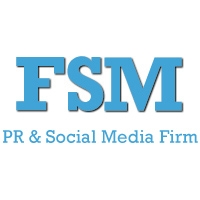 Mineola, NY, February 11, 2015 --(PR.com)-- On May 12, 2015, Full Scale Media publicist, Diana Ziskin, will be honored at the Public Relations Professionals of Long Island’s 25th Annual Awards Dinner where she will be presented with PRPLI’s Rising Star Award, which honors outstanding achievement by a public relations professional who has been in the industry for three years or less.

The Public Relations Professionals of Long Island (prpli.org) 25th Annual Awards Dinner will be held at The Chateau Caterers in Carle Place, New York at 6:00 p.m. on Tuesday, May 12th.

According to PRPLI.org, “The Rising Star Award is presented to a newcomer to public relations who exhibits exceptional talent and professionalism,” and Full Scale Media’s Creative Director, Allison Kugel, couldn’t agree more.

“In a year’s time, Diana has rapidly evolved into a highly effective publicist, as well as a reliable junior account supervisor. Diana has lent her creativity and energy to PR campaigns for various health & fitness, entertainment, and events clients, booking publicity opportunities for our clients with some of today’s most prestige’s media outlets. The team at Full Scale Media congratulates Diana on her award.”

Just a few of Diana’s achievements in 2014 include client media placements with:

In addition, Diana Ziskin became an invaluable part of the Full Scale Media Public Relations team when she successfully managed a 15-city publicity campaign for the 28th annual Matzoball – the biggest Jewish singles parties to take place on Christmas Eve in cities across the United States.

Full Scale Media offers clients a customized blend of today's multi-media platforms for the benefit of each client's growth and image. The firm's traditional Public Relations campaigns are complimented with Digital Media Marketing services that are both cutting-edge and innovative, in order to create well rounded, successful PR campaigns.