Grieving Mother to Pay for Entire Convention About Hope 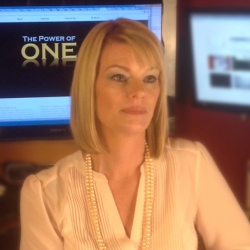 Indianapolis, IN, March 03, 2015 --(PR.com)-- Lynda Cheldelin Fell faced every parent’s worst nightmare when her teenage daughter was killed in a car accident in 2009. Determined to use her pain to help others, she is personally paying for an entire convention centered around hope.

“There is so much hurt and pain in our nation today, and it lifts my heart to help others. Paying for a convention centered around hope is my way of making a difference,” shares Cheldelin Fell.

Scheduled for April 16 – 18, 2015, at the JW Marriott Grand Ballroom in Indianapolis, tickets are open to the public and available at www.griefconvention.com.
Contact
AlyBlue Media
Lynda Cheldelin Fell
360-510-8590
www.lyndafell.com