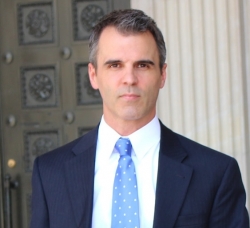 In September 2009, Elizabeth Barrow was strangled and suffocated by her 97-year-old roommate. Prior to the murder, the roommate had been assessed by the facility as “at risk to harm herself or others” and yet the facility failed to take any action. Ms. Barrow’s family has since fought a six-year legal battle to take the facility to court and hold it accountable. The Barrow family was precluded from bringing the case to court due to an arbitration clause in Ms. Barrow’s admission agreement. The arbitration clause barred Ms. Barrow the right to a jury trial.

Inserting arbitration clauses deep within nursing home admission agreements has become a common practice for facilities that wish to deprive residents of their right to trial in the event of an injury. Facility owners recognize that if their facility commits negligence and injures or even causes the death of one of its residents, it is far less likely to have to pay a substantial amount of money if the case goes to arbitration rather than trial. In light of this fact, hidden within most facility admission agreements, are arbitration clauses that bar the resident’s right to trial.

You have no obligation to agree to arbitration. Although a facility may seek to have you waive your right to trial or even try to intimidate you into signing an arbitration agreement, don’t do it. Stand firm. If you are injured, you have a right to trial. It is very unlikely a nursing home will refuse to accept you simply because you decline to waive your right to trial. Keep in mind that nursing homes are in the business of making money and they can’t make money without residents. Facilities are far more likely to waive an arbitration clause than turn you away.

After working for numerous law firms in the area, Mr. Murphy decided it was time to open his own law practice and, in the fall of 2015, established The Law Firm of Brian P. Murphy, PC, located in Newtown, Bucks County, Pennsylvania.

From bed sores to wrongful death, falls, malnutrition, dehydration, wandering, elopement, stool impaction, and other injuries that are largely avoidable and result from neglect and abuse, Brian Murphy has litigated cases involving a wide range of negligent care. Sharp and aggressive, Mr. Murphy takes swift action against these nursing home facilities, holding them accountable for their wrongdoing.

There are many reasons to contact a qualified nursing home abuse attorney such as Brian P. Murphy. Whether you are selecting a nursing home, currently have a loved one in a nursing facility, or have lost a friend or relative due to nursing home neglect, Mr. Murphy can tap his extensive experience litigating nursing home matters throughout New Jersey and Pennsylvania and bring you justice.