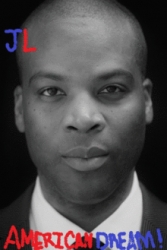 This highly anticipated engagement will run for eight performances and will star international tap dancing theater veteran J.L. Williams, who also is the creator and songwriter of the show.

This will mark J.L. Williams first stage appearance after being reportedly missing and found in a NYC hospital back in February on Valentine’s Day 2016. Williams states “He has recovered swiftly, is doing well since being out of the hospital over a month ago, has taken a retreat to Playa del Carmen, Mexico and is looking forward to returning to the stage in the spring.”

The show features original music, singing and, of course, lots of tapping to tell a tale about resilience, redemption, and perseverance with big hearts and big sounds. Running time is 90 minutes and show dates and times are Tuesday May 17th thru Saturday May 22nd at 8PM with Wednesday, Saturday, and Sunday Matinees at 3:30PM. Doors open a half hour before show times and seating is first come first served.

Audiences should expect to leave the theatre moved, and inspired by this original, raw, toe tapping, and fun concert. General Admission is $20 - $27. Tickets can be purchased at www.tapsoul.eventbrite.com or on the shows official website www.tapsoulpro.com/events
Contact
Tap Soul Productions
Lewis Chauncey
929-263-8469
www.tapsoulpro.com