Property Owners Risk Paying Too Much When They Don't Appeal Taxes

Action on This Month's Bill Can Glean a Reduction, Kensington Advises 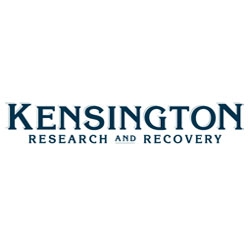 Chicago, IL, February 03, 2017 --(PR.com)-- The least favorite piece of mail Cook County homeowners will get all year is hitting their mailboxes this month: their Property Tax Bill.

It requires payment by March 1 of a sum equal to 55 percent of last year's taxes. And it's only the first tax installment. The second, in July, will reflect last year's big tax increases and those planned this year for Cook County and, where applicable, Chicago.

"Ironically these tax bills serve as a reminder that you should always appeal your taxes, but by the time you receive the bill it is often too late to appeal for that year," said Frank Dal Bello, CEO of Kensington Research and Recovery, the Chicago-based, Cook County property tax appeal service and refund recovery firm.

Up to 60 percent of U.S taxable properties are over-assessed, but fewer than 5 percent of owners file challenges, says the National Taxpayers Union. "When owners do appeal, they often leave money on the table by appealing without the expertise, capabilities and data a professional tax consultant can provide," Dal Bello said.

"By contrast, taxpayers appealing with Kensington often obtain significant reductions, easily and at no expense unless the appeal succeeds," Dal Bello added.

Strikes Pay Dirt on 9 of 10 Appeals

Kensington has helped reduce property taxes on over 90 percent of the appeals it has consulted on, benefiting over 20,000 Cook County taxpayers. That compares with a 60 percent success rate on all appeals, as published by the Cook County Assessor's office.

As part of its valuation process, Kensington applies its proprietary algorithm to analyze thousands of assessed values, sales transactions and appeal results. The firm compares its client's property with others sold recently and looks for variations in the home's assessed value versus those of neighbors – i.e. "comparables" or "comps." Kensington also seeks savings when a property's value can be determined based on the net income it generates.

"We recommend appealing twice every year, even though assessments are three years apart, since the strength of your argument may improve and property taxes almost surely will increase," said Dal Bello.

Taxpayers can appeal with the Cook County Assessor and Board of Review during month-long filing windows, staggered throughout the year by township. "Our web site, www.kensington-research.com, shows taxpayers the dates of the 2017 scheduled appeal filing windows by township, starting in late January," Dal Bello said. "If savings during the Assessor's window are below our estimate, a second appeal during the Board of Review's window becomes available within the following six months."

Tax reductions granted in 2017 will be applied to the second installment of bills sent out in mid-2018. The compounding effect from an appeal one year can save money in subsequent years.

Taxpayers can go to www.kensington-research.com for a free, no-obligation estimate of potential savings and an opinion on whether an appeal makes sense.

Kensington helps homeowners, businesses and organizations in two ways. The first is appealing property tax assessments to reduce future property tax payments. The second is recovering government refunds due to overcharges and over-payments. For both, government agencies impose strict deadlines and require fully researched claims, which are complex and time-consuming. While there's no guarantee of success, Kensington does guarantee that its extensively trained staff will make its best efforts on taxpayers' behalf – and Kensington clients only pay a portion of what is saved or refunded. Kensington has a 90 percent success rate based on thousands of property tax appeals made primarily in Cook County.
Contact
Kensington Research & Recovery
Chad Rothrock
(312) 220-0001
www.kensington-research.com