The Furniture Chamber of Commerce to Sign Up 5000 New Entrepreneurs, Absolutely Free

Retail stores are bleeding and dying, yet the Furniture Chamber of Commerce is a Beacon of Light in a dismal battlefield. Corporate furniture and mattress firms, continue to offer lower quality mattresses for higher prices and cheap Chinese furniture, that looks good on the outside, but falls apart quickly. The FCC is empowering Moms & Pops to thrive by banding together with new industry blood to defeat the Greedy Mattress Stores. 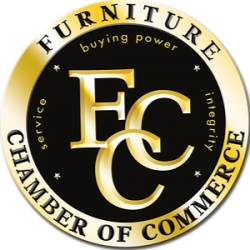 Skokie, IL, August 23, 2017 --(PR.com)-- The Furniture Chamber of Commerce reports today that they will be waiving the $995 annual membership fee for the next 5000 entrepreneurs who sign up.

Jared Matteo, Chief Brand Ambassador, states, "We have seen an influx of entrepreneurs who sell appliances, flooring, window coverings, and other home goods retailers who deal with the public, desire to get a sliver of a Trillion Dollar Pie."

"Whereas in the past, manufacturers have neglected and disregarded this segment to protect their large accounts. Now is the time to band together and destroy the Corporate Shenanigans."

The Furniture Chamber of Commerce was developed in 2002, by Founder, Larry Kozin, who had a vision that someday, individual local small business would cease being competitors, but rather business partners against the corporate big box chains.

According to Mr. Kozin, "If every Mom & Pop would partner with their community, we can drive out the Foreign Corporate Investment capital, that just want the highest possible ROI, without regard to the financial devastation that is taking place as a result of their greed." 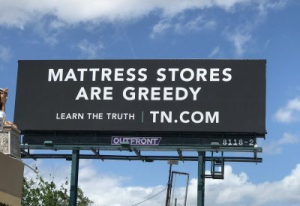 Billboards popping up in every major metropolitan area, targeting the competition

Larry Kozin, CEO of the Furniture Chamber of Commer, recently ranked on the Amazon.com best-seller list with the new book, "Cracking the Code to Success," co-authored with Brian Tracy.