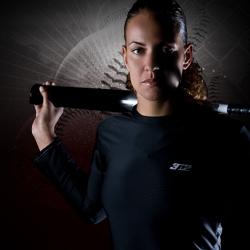 Flowers enjoyed a storied collegiate career at UCLA before winning Gold at the Athens Games in 2004. She will be competing for Gold once again in Beijing in the summer of 2008 and is currently participating in the nationwide Bound 4 Beijing Tour.

Marty Graham, President of 3N2, is a big fan of Tairia’s and speaks highly of the pairing; “We greatly admire Tairia as both an athlete and person, feel she echoes the competitive spirit of 3N2, and look forward to her name becoming synonymous with our line of high-performance fastpitch footwear.”