PlatinumDEX's delivery of a global network of secure crypto exchange with strong corporate governance and proper KYC, AML and ATF protocols will answer much of the criticism aimed at the digital assets financial market. The North Korean Hackers $500 USD million thefts and Nouriel "Doctor Doom" Roubini verbal attacks are a wake-up call to the industry.

It was revealed that North Korean hacker group “Lazarus” has stolen over half-a-billion dollars in cryptocurrency from exchanges in less than two years, and Nouriel Roubini, aka “Dr. Doom,” one of the world’s most respected economists, leveled his most direct attack on cryptocurrency to date.

In testimony before US Congress Roubini said that, due to its volatility and lack of fundamental financial controls, cryptocurrency is "the mother or father of all scams and bubbles." He called for it to be legislated out of existence.

“I agree with Mr. Roubini’s premise but not with his desired outcome,” says Rosamund Blomfield-Smith, Chairman of PlatinumDEX and former City of London banker.

“Mr. Roubini is completely right in his assessment that there are many ICOs that were scams, and that the cryptocurrency space requires much tighter controls,” Blomfield-Smith continued. “But we are in a situation where the ‘genie is out of the bottle.’ Cryptocurrency is not going to go away. We must focus on control and, where appropriate regulations, rather than killing it off.”

North Korea has become the preeminent “bogeyman” for the crypto exchange world. The hacker group "Lazarus" has been able to successfully steal from numerous exchanges with total impunity.

And while many may point the finger of blame at Lazarus, a growing number of experts are saying the opposite.

“It’s time to stop blaming North Korea for your own weaknesses,” says PlatinumDEX CEO Alexander Rogan. “It’s like a boxing match. If you keep getting hit in the face by your opponent, you don’t blame him for boxing. You must learn to keep your gloves up.”

“I think North Korea and Roubini are a godsend for the crypto world,” continued Rogan. “You’ve had far too many playing fast and loose with other people’s money without oversight, control or security. The crypto ecosystem is in dire need of a shakeup. Now, it’s time to get serious.”

To that end, PlatinumDEX focuses on building trust and security in the digital assets’ environment.

As Blomfield-Smith puts it “Cryptocurrency is here to stay. It is up to every user to choose the right tools with which to work.”

Rosamund Blomfield-Smith is a thirty-year veteran of the City of London. She worked with Morgan Grenfell, Schroders and, as an executive director, with Rothschilds, ING Baring’s and Secure Trust. Laterally, she was a non-executive director at the UK’s largest utility company, Thames Water.

She currently sits on the Office of Communications (OFCOM) and the Office of Gas and Electricity Markets (OFGEM) in an official advisory role to the UK Government.
Alexander Rogan has 25 years’ experience in global and emerging markets. He is experienced in startups, building and securing physical and virtual supply chains in difficult and hostile environments. He is the founder of London head quartered cyber security & intelligence company, Zero Day Plus.
PlatinumDEX is a FINTECH company raising up to USD $75 million via an ICO to fund a network of hyper secure crypto-fiat currency exchanges platform. These will be deployed in the G 20 countries (excluding China and India for legislative reasons only) plus several additional strategic locations. The first platform will be deployed in a re-purposed, cold war era nuclear fallout shelter under the Alps. PlatinumDEX expects to be licensed and regulated to operate by the European Union by December 2018. The first PlatinumDEX exchange is scheduled to go live end of Jan 2019. In Q.1 2019 the company will apply for a e-Money Institution license and provide (secure) fiat e-banking facilities.
Contact
Platinumdex Limited
Alexander Rogan
00442081237330
https://platinumdex.com 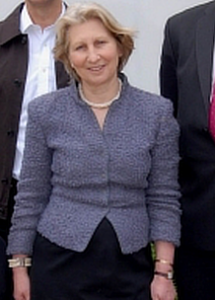 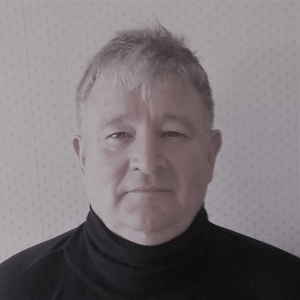