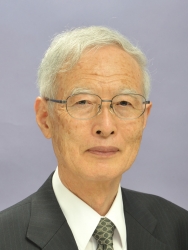 New York, NY, December 19, 2018 --(PR.com)-- Tomiichi Hasegawa research paper titled, “Organic compounds generated after the flow of water through micro-orifices. Were they synthesized?” is based on micro-fluid mechanics.

In the earlier work, Hasegawa and the team found out that when they passed ultrapure water (UPW) in which air was dissolved (UPW*) through micro-orifices, a decrease in the flow velocity and the how the formation of membranes took place when this flow stopped. They noticed that the formation of the membrane was closely linked to electric charges that were generated in the orifices by that particular flow.

The earlier work formed the basis and developed Hasegawa’s interest and a further research was to be conducted by the team. In the present research, Hasegawa has sought to explain the components of the membrane and has also suggested a process for membrane formation. They have done so by carefully examining the effects of contaminants on the membrane formation and then confirmed the same with their previous results.

Furthermore, the team identified that dissolved air in water is the origin of the membrane by further assessing leaching from the acrylic resin of the apparatus, organic matter originally present in the air, and dissolved in water.

After some tests, they clarified that the charges affecting membrane formation were negative. They have further discussed where the membrane in the UPWs has come from. They also analysed the role of organic compounds, which were produced from air or CO2 in water via the action of hydroxyl radicals they generated by flows through micro-orifices were eventually held responsible.

Hasegawa and the team used two types of ultrapure water (UPW); one, which was exposed to air and in which air was dissolved (UPW*) and the other UPW, which was kept out from contact with air (UPW0).

Both of the UPWs were passed through Ni or Ti micro-orifices 20 μm in diameter at applied pressures of 50 and 1000 Pa.

When they put the setup under observation, they noticed that the flow velocities decreased and stopped over time. Membranes were frequently observed in the orifice. When they first examined the membranes by an electron probe microanalyzer (EPMA) and this aided them in finding the chemical components of the membrane. The composition found was entirely different from that of the original water. Hasegawa and the team have further tried to understand the origin of the membrane. For this, they examined three possible sources of the membrane material: material leached from the acrylic resin of the vessel; organic matter originally present in the water; and air dissolved in the water.

As mentioned earlier, the results lead to show that the membrane came from dissolved air. The use of Raman and IR spectroscopy helped with the precision in the findings. This revealed that the membrane comprised organic matter including carotenoids, sugars, amides, and esters.

Hasegawa and the group of scientists confirmed the breaking up of C-C chains by ultraviolet (UV)- irradiations in the preliminary experiments conducted by them. UPW* was UV-irradiated. On analysing the findings, it was found that the chemical components of the membrane formed in both the UPW* and original UPW* were similar.

Hasegawa and the team were surprised to find that UPW0, when bubbled with Ar, produced no membrane but UPW0 bubbled with CO2 did produce a membrane that comprised of carboxylic acid salts.

In addition to the above, it was also concluded that the electric grounding of the orifice reduced the probability of membrane formation and the jets issuing from an aperture bore negative charges. Therefore, the team assumed that the micro-orifices possessed positive charges that were generated by the flows.

They have suggested that the organic materials were synthesized in micro-orifices from the inorganic components in air or CO2, which was dissolved in water by the action of hydroxyl radicals induced by flows. The result may be related to origin of life as well as to other scientific subjects.

Hasegawa and the team’s precise findings and the experimentation details can be studied in detail from their research paper.

The brilliant research conducted by Hasegawa on this field, which has great potential, is a step towards more discussion and similar experimental research. It will definitely boost the younger scientists to come forward and analyse more complexities of micro-fluid mechanics.
Contact
Oasis Publishers
Tomiichi Hasegawa
+1-646-751-8810
www.oasispub.org