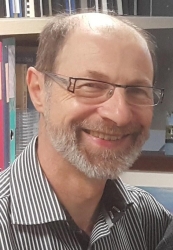 New York, NY, January 08, 2019 --(PR.com)-- Daniel Pouliquen’s research paper is titled, “Characterization of increasing stages of invasiveness identifies stromal/cancer cell crosstalk in rat models of mesothelioma.” Pouliquen obtained his PharmD and a specialized degree in Clinical Biochemistry in 1984. Following a postdoctoral fellowship at the Department of Radiology of the Massachusetts General Hospital, Boston, USA, he became a staff researcher with the French National Institute of Health (Inserm) in 1991. From 1993, he extended the scope of proton NMR relaxometry to the study of water states and dynamic properties in normal, preneoplastic and neoplastic tissues, organisms under development (seeds, fish eggs and embryos), and biological fluids. These studies led to demonstrate the role of diet in tissue water biophysics during carcinogenesis, allowing the exploration of quantitative and qualitative changes of water phases in liver mitochondria in different conditions, and pointing to some beneficial effects of combinations of phytochemicals in the prevention of chemically induced cancers (2000-2008). Since 2008, he produced an original bio collection of rat cell lines and models of malignant mesothelioma for evaluation of new therapies, investigations on tumour microenvironment in this aggressive cancer, and the search of biomarkers of invasiveness by quantitative proteomics.

According to Pouliquen, cancers that are located in deep cavities do not show early symptoms. This often leads to late detection, leading to low five-year survival rates. For such patients, Pouliquen and the team of researchers feel that a better understanding of the crosstalk between tumour cells and components of tumour microenvironment (TME) (stromal cells including immune cells, blood vessels, extracellular matrix (ECM) and associated signalling molecules) is critical.

It is a well-known fact that stromal cells are involved in growth promotion, local invasion and metastatic spread. The recent findings have shown that an interactive relationship occurs between metastatic cancer cells and the host stroma during cancer progression. Pouliquen has further mentioned that stromal cells are involved in immune escape and how the last two decades of immune-oncology research have demonstrated that tumour development can be controlled or stopped through immunosurveillance.

Pouliquen and the team of researchers describe the current clinical success of anticancer immunotherapy as encouraging, however, according to them, it has certain limitations as the results on less than half of the patients show objective antitumour responses. Hence this throws open a new question of what may be required to improve success rates. They also analysed that antitumour effector T-cell quantity or quality may not be the solution. This was because of the TME’s capability to resist lymphocyte-induced cell death.

An in-depth study of all the recent findings encouraged Pouliquen and others to research on this subject. Therefore, interactions between TME components and tumour cells were investigated in four models of experimental malignant mesotheliomas exhibiting marked differences in their proliferation indexes and infiltrative and metastatic potentials. The study conducted by them allowed the identification of three stages of increasing invasiveness, characterized by specific cellular and molecular features. A detailed account of the results of their experiment and a stage-wise analysis is mentioned in the research paper.

The final discussion, which emerged was that the invasive properties were associated with changes in three main categories of protein, the higher metastatic potential was associated with changes in additional proteins and the highest invasiveness was characterised by specific immune-proteomic-cytokine profiles. Furthermore, the findings also showed that the highest invasiveness was associated with specific changes in ECM and cytoskeletal proteins. In conclusion, the specific cellular and molecular features presented by the four experimental rat MM models represented interesting new tools for basic research in oncoimmunology and oncoproteomics on the most aggressive type of cancers.

Pouliquen and the team recommend that the four models might represent a good basis for the evaluation of innovative therapies, alone or combined, especially in the field of immunotherapy. Pouliquen and the team’s detailed and interesting study of the four preclinical models and its data may aid the cancer research community to catalyse further investigations on invasiveness.
Contact
Oasis Publishers
Daniel Pouliquen
+1-646-751-8810
www.oasispub.org