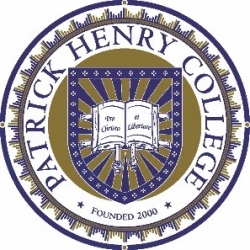 Patrick Henry College is a forensics powerhouse with an unmatched legacy. No other college in the history of the American Moot Court Association has won more than once.

Moot Court is a highly competitive forensics event where participants provide oral arguments in an environment similar to the U.S. Supreme Court. Justices frequently interrupt the presenters to challenge assertions and to test the presenter’s knowledge of relevant case law.

The 2018-19 season featured over 400 teams from colleges across the nation competing in 13 national qualifying tournaments.

Patrick Henry College offers a unique classical Christian liberal arts program with high academic rigor, fidelity to the spirit of the American founding, and an unwavering biblical worldview. Patrick Henry College's pre-law advising program is among the top in the nation.