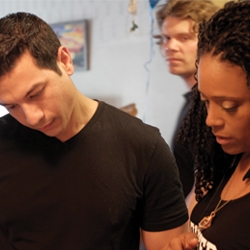 Virginia Beach, VA, February 05, 2019 --(PR.com)-- Writer and actor Angelo Reyes will make his directorial debut with Groomed, a short film set to premiere during this year’s 2019 Richmond International Film & Music Festival (RIFF). Groomed tells the story of Maria, a young girl who falls deeply in love and even more deeply into the dark world of human trafficking. Based on the life of sex trafficking survivor turned advocate Tanya Gould, the short film tackles a little-known phenomenon that has become all-too common.

“With the character of Maria, Angelo brilliantly captures the vulnerability, devastation and loss endured by the faceless multitudes of young women who are trapped in the world of human trafficking,” says Gould. “My hope is that Groomed helps people connect the dots, gain compassion to the realities of trafficking and pay more attention to what is happening right in their communities.”

Maria's story is a familiar one - with a violent and heartbreaking twist. Frustrated with her mother's seemingly overbearing concern, teenage Maria runs to the arms of an older man who pays her attention and promises her love, if she will do just one thing. Maria realizes too late that what she thought was love was a ploy for control until a chance encounter changes everything.

More About Groomed
Produced by Reyes Films, the film stars Ana Roshelle Diaz as the Bottom and Queen Sugar’s Danielle Lyn in the pivotal role of Maria. Production on the short film is set to wrap by the end of May and the film is expected to make the rounds at fall film festivals. Visit the film’s official website at www.groomedshortfilm.com and on social media Instagram

About Angelo Reyes
Angelo Reyes was born the middle child to an Italian-Filipino family who moved from Italy to Virginia Beach, VA when he was 10. He struggled with his cultural identity which eventually led him into exploring acting.

Angelo has appeared in various TV shows and movies such as Tyler Perry’s The Have and Have Nots and House of Cards.

After years of acting as well as an opportunity to write and produce TV shows, Angelo felt that he was destined to take his skills and apply them to a higher purpose.

He moved to NYC to formally study acting and writing which opened a new creative world for him. Angelo learned to take his passion of enacting stories to a new level by wholly owning the creative process from beginning to end through writing and producing.

He has spent the last couple years developing multiple human impact stories that ignite emotion and awareness with consciousness around inclusion and diversity.

Angelo developed his passion to write stories that were relatable and was able to portray characters based on real life and tying in the Filipino culture. Follow Angelo on Twitter, Instagram and IMDB.
Contact
Reyes Productions
Angelo Reyes
315-201-1667
www.angeloreyes.com 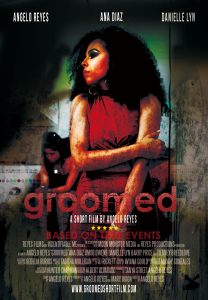