Edwin Freeman, announces that Fox Searchlight has just hired him for the role of Mister Cee in the upcoming biopic 'Notorious.'

New York, NY, April 03, 2008 --(PR.com)-- Fox Searchlight has just hired newcomer Edwin Freeman for the role of Mister Cee in the upcoming biopic Notorious, a movie based on the life and death of slain Brooklyn-based rapper Christopher Wallace AKA The Notorious B.I.G. Notorious also stars Angela Bassett as Voletta Wallace, Derek Luke as Puff Daddy, Anthony Mackie as Tupac Shakur and Jamal Woolard as The Notorious B.I.G. Freeman a New York native got his start in the film industry when a neighborhood friend introduced him to Film Producer Mark Skeete "Sunday Best".

In 2000 the two teamed up to make the direct to DVD comedy, "Da Mission" in which Freeman plays the character of Dee, a teenager who along with his friend Mag, played by Skeete, is trying to hustle his way into the music business. The film went on to generate a national buzz for the pair and became an instant cult classic. Freeman has been honing his skills ever since, taking roles in Sony Picture's "Across the Universe" and "Drug Related" an independent film that he starred in and produced. Up next, Edwin is again teaming up with Producer Mark Skeete and Producer Carl Millender "Atlanta Homicide", to produce the family drama "The Family Stands", a show that Freeman wrote and created which focuses on the everyday life of a middle-class, African American, Christian family living in Atlanta. Notorious began filming last month and is slated for a 2009 release. 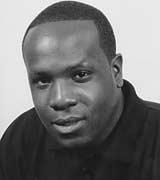