Los Angeles, CA, October 12, 2019 --(PR.com)-- “Bag Of Worms,” is a dramedy short film about a Halloween Party that turns south when the issue of race and cultural appropriation comes up amongst friends. Produced by Idylwild Pictures, it just launched online on Vimeo at vimeo.com/365591074 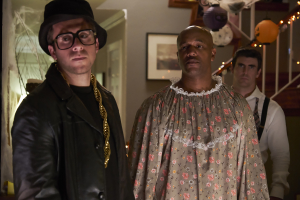