SMi reports: A variety of exciting international presentations have been announced for the upcoming Defence Aviation Safety conference, which will convene in London next April. 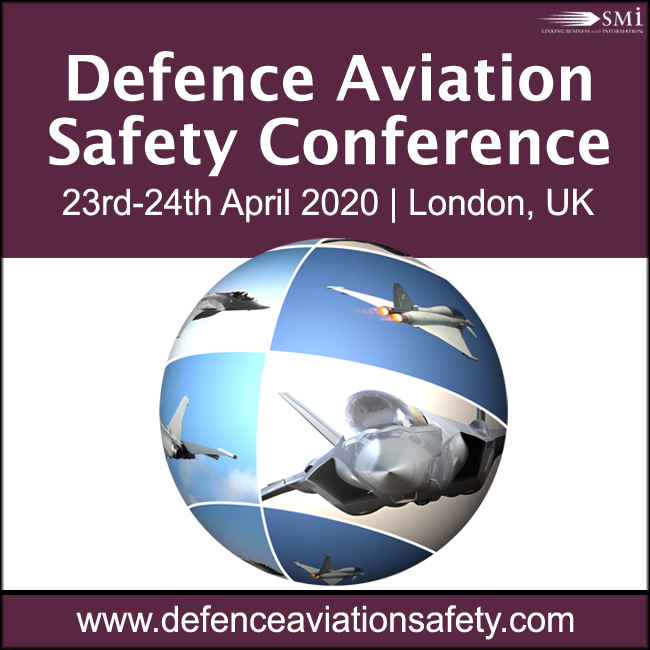 London, United Kingdom, November 21, 2019 --(PR.com)-- As the only event solely dedicated to defence safety within military aviation, Defence Aviation Safety will offer a unique opportunity for leaders and experts to meet and share best practice that will save lives and protect capability.

Registration is live on the website and an early bird savings of £400 is available for bookings made before 13 December 2019: http://www.defenceaviationsafety.com/prcom2

The two-day event, which will convene in London on the 23 and 24 of April 2020, will host both UK and international military leaders and defence experts, providing delegates with the chance to network with and hear presentations from experts from around the world.

With this in mind, SMi Group is delighted to announce the following presentations from international speakers:

There will also be a panel discussion on "Military Aviation Safety and Cyber Resilience" at the close of day 2, with panellists:

The full agenda and speaker line up can be viewed online at: http://www.defenceaviationsafety.com/prcom2

About SMi Group:
Established since 1993, the SMi Group is a global event-production company that specializes in Business-to-Business Conferences, Workshops, Masterclasses and online Communities. We create and deliver events in the Defence, Security, Energy, Utilities, Finance and Pharmaceutical industries. We pride ourselves on having access to the world's most forward-thinking opinion leaders and visionaries, allowing us to bring our communities together to Learn, Engage, Share and Network. More information can be found at http://www.smi-online.co.uk
Contact
SMi Group
Lauren Pears
+44 (0) 207 827 6000
http://www.defenceaviationsafety.com/prcom2