Catalytic chemistry has been used to create a new catalyst that efficiently splits water and releases pure hydrogen for use as a fuel. 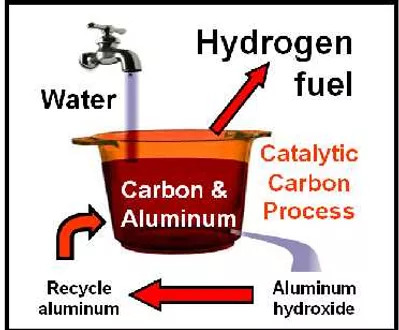 Millerton, OK, February 10, 2020 --(PR.com)-- Catalytic chemistry has been used to create a new catalyst that efficiently splits water, retains the oxygen in the liquid and releases pure hydrogen for use as a fuel. The catalyst is made from carbon.

The carbon catalyst is not consumed in the production of hydrogen, making the catalyst cheap to produce and therefore useful for high-volume applications. The hydrogen-production process is exothermic, and produces more heat than required to sustain the process.

A patent was recently granted for this new catalyst, called, "Catalytic Carbon."

Cheap metals can be used, including scrap aluminum and/or iron. According to Howard Phillips, General Manager of PhillipsExport, the technology is available for researchers and non-exclusive licensees who want to develop this technology for production of cheap, high-flow-rate hydrogen.
Contact
Phillips Company
Howard Phillips
323-791-2033
www.PhillipsExport.com/Hydrogen
Tel. 580 746 2430