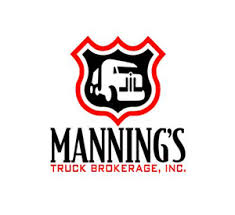 Manning’s grew consistently throughout its storied history with a focus on service, communication, and integrity. Manning’s emphasis on building deep, personal relationships with its carriers and shippers has positioned the company for substantial growth as it migrates to the FitzMark platform.

“Manning’s rich heritage and seasoned team make for an amazing culture of people committed to doing things right and treating everyone the right way,” said Charley Dehoney, CEO of Manning’s. “Merging with a leader like FitzMark ensures we will be able to continue to offer new and innovative solutions to our long-standing client base while also continuing to execute on our aggressive organic growth goals,” added Dehoney.

With the acquisition of Manning’s, FitzMark bolsters its presence in the Corn Belt while adding a dedicated team of seasoned professionals.

“Manning’s is a no-brainer add-on for us. Their team is knowledgeable, gritty, and a great cultural fit,” said Scott Fitzgerald, CEO of Fitzmark. “Manning’s will help us better serve the specific needs of our existing clientele while adding healthy, profitable revenue. We’re only interested in profitable acquisitions and Manning’s meets that description. The FitzMark team is thrilled to have them on board.”

Joey Separzadeh, a managing partner of OIG, stated, “We are very proud of what we’ve accomplished with Manning’s in our short time owning the business. We were able to eliminate customer concentration and increase the customer base to include top agriculture companies in the Midwest. FitzMark is the perfect strategic home for Manning’s and we are happy for the entire team.”