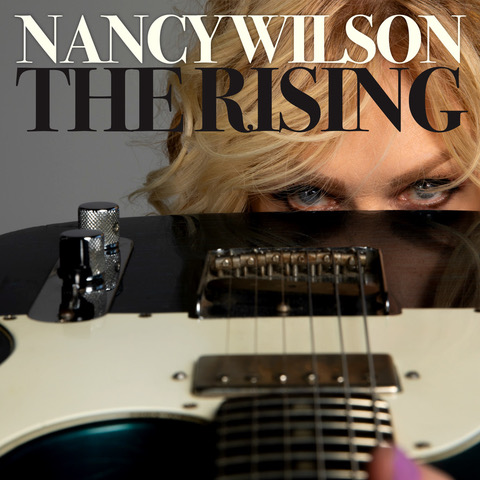 New York, NY, October 23, 2020 --(PR.com)-- Rock ‘n’ roll icon Nancy Wilson released her new single, a stunning version of Bruce Springsteen’s “The Rising,” today. Listen/buy/watch here. “I wanted to make something uplifting and aspirational for those of us who are suffering with all this sickness and loss. I hope this song can help lift our spirits,” says Nancy.

In celebration of the release, Rolling Stone premiered the lyric video for “The Rising” yesterday. Watch here.

A guitar virtuoso from the age of 10, Nancy (and her sister Ann) led the multi-platinum rock group, Heart. Nancy is revered as an ingenious guitar player, a gifted lead vocalist and as an award-winning songwriter. Nancy has co-written a collection of indelible songs that have earned their way into the classic rock canon (“Magic Man,” “Crazy on You,” “Barracuda,” “Straight On”). She has also earned several nominations for her film scoring work.

“The Rising” is the first track and video to be unveiled from Nancy’s first solo album of her storied career, due out March 2021 via Carry On Music. “There have been so many times I was asked about when I would ever put out a solo album,” she explains. “Well, the time is now. Having been unable to tour and having spent so much time at home has made a good space for creating new music.” Nancy plays guitar and sings on all the songs on the entire album.

During an era when females in rock ‘n’ roll were scarce, Nancy helped to carve out a place for women to front rock bands, dominate on stage. Her icon status was cemented when Heart, who have sold 35 million albums, was inducted into the Rock n’ Roll Hall of Fame in 2012. That same year, she and her sister received a Star on the Walk of Fame in Hollywood. In 2013, the Wilson Sisters celebrated another career milestone when they performed Led Zeppelin’s “Stairway To Heaven” at the Kennedy Center Honors. Their note-perfect performance was met with rousing cheers and a standing ovation in the staid concert hall, and brought members of Led Zeppelin to tears. The video went viral on YouTube.

About Carry On Music
Carry On Music is a partnership between the artist community and a global music and management company led by music industry veteran Tom Lipsky. Carry On’s executive team has achieved success with such iconic artists as Rush, Neil Young, Robert Plant, Kiss, Lynyrd Skynyrd, The Allman Brothers Band, Widespread Panic, Iron Maiden, Motorhead, Megadeth, Rob Zombie, The Steve Miller Band, and many more. With representatives in Raleigh, New York, and Nashville, Carry On Music represents a diverse roster of established artists, as well as developing new artists through its record label and artist management divisions. Carry On Music LLC is a wholly owned subsidiary of CHNL Holdings, Inc. (NY).