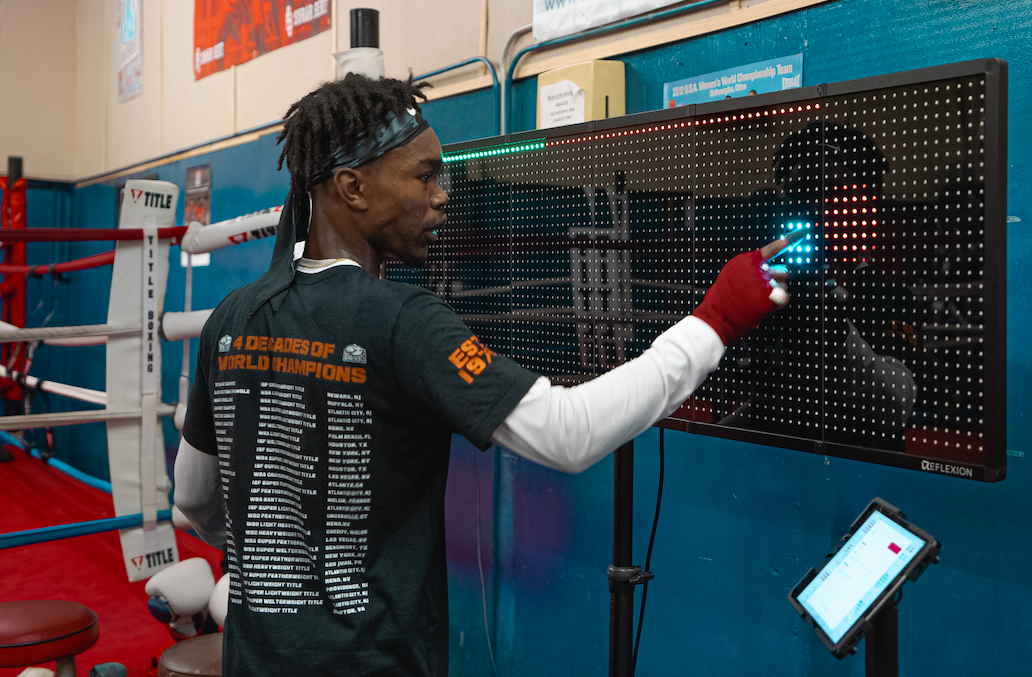 “My strategy was to be aggressive,” said Holyfield (5-0, 4 KOs) of his quick work versus the 35-year-old Reed. “Once I connected on a couple punches early, I wanted to keep landing the jab and finish the job.”

The evening also featured an interactive demonstration of the Reflexion sports cognition technology service for fighters and trainers. Evan Holyfield has incorporated the neuro-fitness training system, designed to “rewire the brain” to perform faster and smarter in competition, into his workout regimen. He is the first professional fighter to utilize cognitive acceleration technology as Reflexion looks to expand its involvement in boxing, martial arts and MMA.

“Evan showed the type of reaction time and decision making in the ring that our technology is designed to strengthen,” said Reflexion CEO and Founder Matt Campagna, who attended the fight. “Boxing is one of the best examples of a speed-element sport where athletes can gain a competitive edge with cognitive training, and we’re obviously excited about Evan’s potential using the Reflexion system.”

Holyfield is currently training with Olympic gold medalist and two-time world welterweight champion Mark Breland together with Bert Wells at Sugar Bert Boxing in Atlanta. Breland was on the U.S. Olympic boxing team with Evander Holyfield in 1984.

“I’m in a great place with my training right now,” Holyfield said. “I couldn’t ask for a better team to have in my corner and the Reflexion technology takes it to another level.”

Sanctioned by the Georgia Entertainment and Athletic Commission and co-produced by Main Events and Bigg Time Productions, the event was live-streamed to a pay-per-view audience on the BPE Network. Sports Garten Network covered the Holyfield fight, including weigh-in, the Round 1 TKO and post-fight interviews, all available on the SGN YouTube Channel. Results for the full card are listed at Boxrec.com.