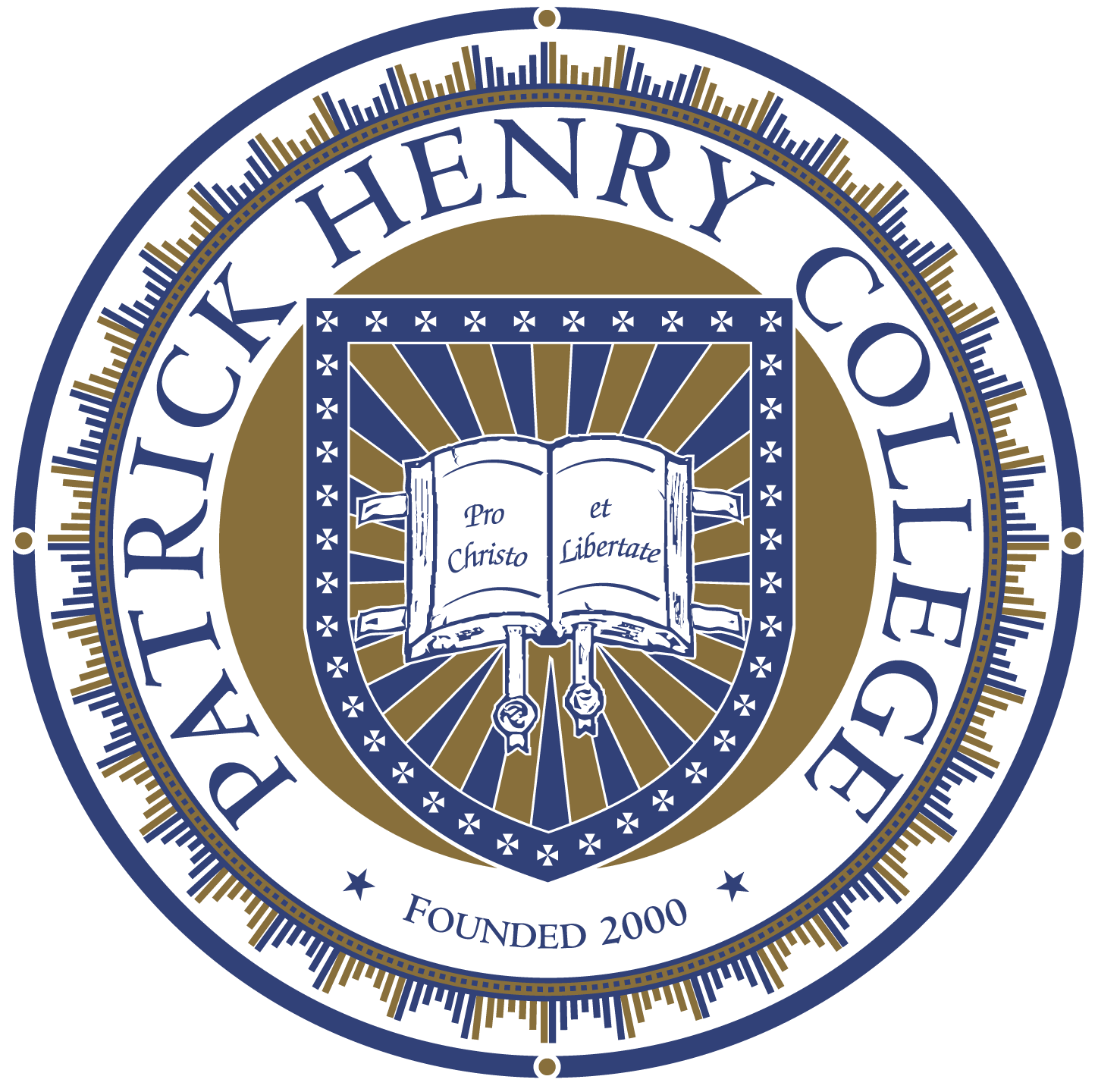 More than 6,500 students in 650 teams began the season in the fall, competing at 32 regional events in February. That number was reduced to 192 teams for the Opening Round Championship Series (ORCS) in March. From ORCS, a total of 48 teams qualified to compete in the National Championship Tournament (NCT).

For the first time in PHC’s history, the College had two teams qualify to compete in the national tournament - the limit for any college and something accomplished by only 8 colleges in the nation this year. PHC’s top team placed second in its division and third overall, and PHC’s second team placed seventh in its division and thirteenth overall. Juniors Benjamin Crosby and David Bainbridge won All-American awards for their attorney roles, with Bainbridge becoming the top attorney in his division. Freshman Caleb Knox earned the same award for his portrayal of an exterminator as an expert witness.

Jack W. Haye, PHC’s president, says, “Patrick Henry College will have a unique opportunity over the next few years to be a significant voice in the national conversation. Our culture is rapidly changing. As a result, there is a great need for young leaders who understand what it means to live integrated lives in which both faith and reason inform all aspects of their experiences. It’s a big task that will require conviction, tenacity, and creativity.” PHC's forensics program director, Sue Johnson, congratulates the Mock Trial students saying, “We are enormously proud of both of our teams, who represented PHC with skill, determination, and integrity.”

In 2019, PHC claimed a record of 11.5 wins in the wake of the untimely passing of the team’s former coach, Dr. Guliuzza, placing PHC fourth in their division and vaulting PHC into the top-ten ranked teams in the country. Three PHC Sentinels won All-American awards, and other schools and mock trial analysts began to view PHC as a contending threat. AMTA canceled the 2020 Nationals due to the COVID-19 pandemic, but this year, PHC adapted to the virtual format for its most successful season yet.

The future of PHC Mock Trial is brighter than ever. Only two seniors will be graduating from the 2020-21 teams. PHC coaches will retool and regroup for a push at the national championship next year, when hopefully, AMTA will return to an in-person format. More in-depth details about the 2021 Tournament are available at phc.edu/news.

Patrick Henry College, celebrating its 20th anniversary this year, is an intercollegiate forensics powerhouse with an unmatched record of 12 national moot court championships within a 15-year period with the American Moot Court Association (AMCA) - no other college has won more than one - and consistently finishing in the top 1% in the nation in Mock Trial. The skills that students develop in competitive debate have amazing outcomes.

PHC’s pre-law advising program and LSAT averages are among the best in the nation with graduates accepted and thriving at top-tier law schools.

PHC is a top feeder school for White House and Capitol Hill internships.

PHC’s Strategic Intelligence in National Security program has been awarded the International Association for Intelligence Education (IAFIE) certification and is a pipeline to graduate success at the FBI, CIA, and the Department of Homeland Security. PHC is the only Christian institution with this distinction and only the second undergraduate program in the nation to obtain this certification.

The bedrock of PHC’s academic program is its commitment to the classical liberal arts, and therefore, provides an extensive 63-credit classical core curriculum - twice the minimum required of baccalaureate-level liberal arts programs in Virginia - founded on the great texts and ideas that have stood the test of time, starting with the Holy Scriptures.

The unique fusion of three distinctives sets Patrick Henry College apart from any other college in the nation:

Patrick Henry College does not accept any federal or state funding - one of only 13 U.S. institutions of higher education and four seminaries to hold this distinction. PHC is committed to robust classical liberal arts training as a Christian mission with a biblical worldview. Graduates are nationally recognized for their ability to think logically, communicate persuasively, and represent the cause of Christ faithfully.