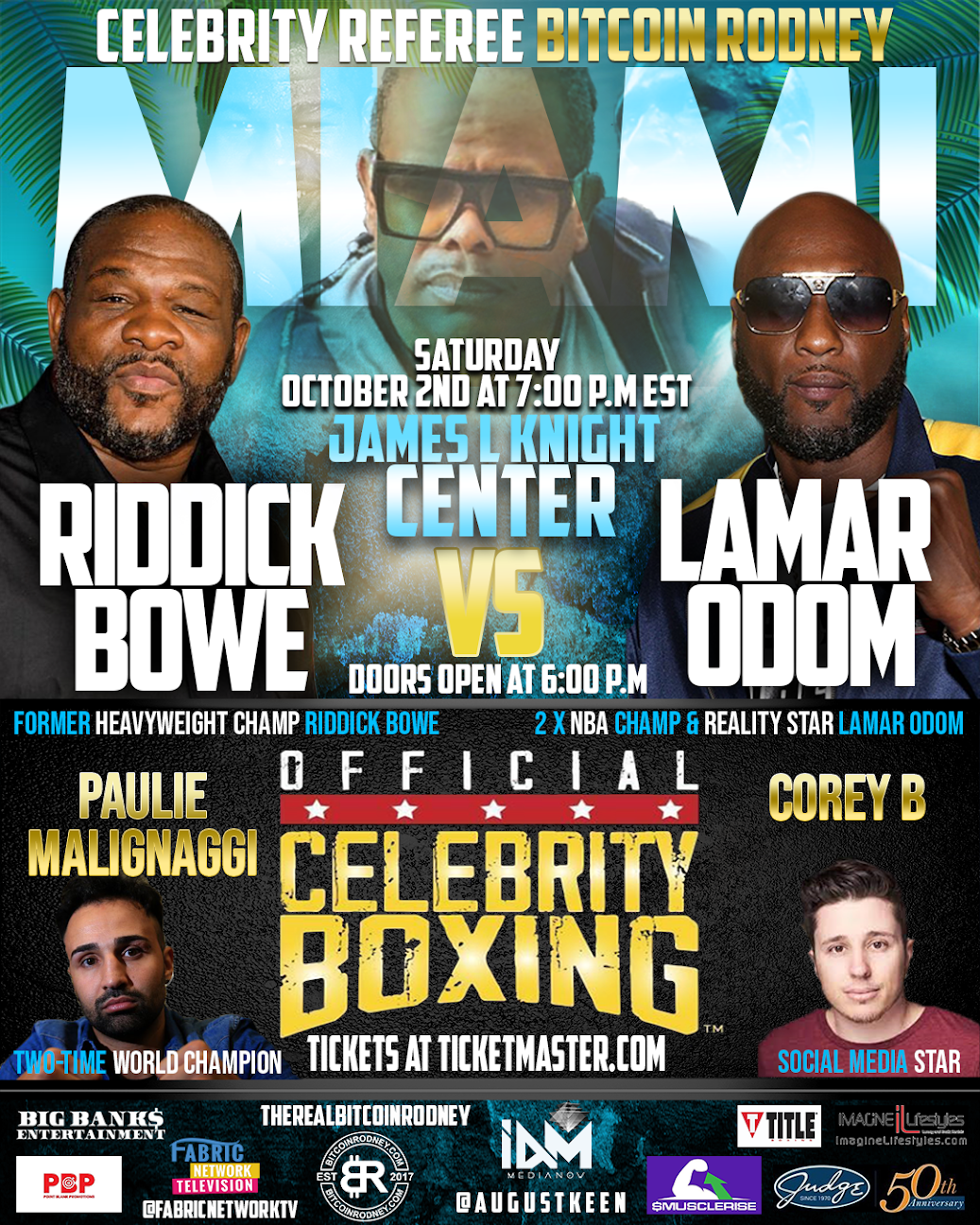 Lamar Odom took on singer/actor Aaron Carter in Atlantic City, NJ this past June where he claimed the Official Celebrity Boxing Belt and will now defend his title October 2 at the James L. Knight Center against Riddick Bowe.

Riddick Bowe, 6’3 and 53 years old, reigned as the undisputed world heavyweight champion in 1992. The same year he is revered for his knockout of Evander Holyfield. October 2nd will be his first time in the boxing ring since 2008.

Fly NFT will be live scanning the fighters at the Press Conference for the first OCB NFT to be dropped at a live event. Check out the new crypto coin dropping in October, $MUSCLERISE inspired by Official Celebrity Boxing.

Undercard matches to include Carlton Washington co-founder of 4Ever Young Anti-Aging and former KO winner from South Florida’s 2019 OCB.fight. Carlton will be taking on Actor/Wrestler Byson Clutch who also previously fought and lost with a split decision, this will be his Redemption Match. Paulie Malignaggi, 2x World Champion in Boxing will take on Social Media Star & Radio Host Corey B. Prince from VH1’s Love and HipHop will go toe to toe with Holy Gxdsocial media star with 12M on TikTok.

Official Celebrity Boxing is brainchild of the 16 Minute Man, Damon Feldman. Damon is an undefeated Former Professional Boxer with record 9-0. Celebrity Boxing founded in 2003, is the pioneer of Celebrity Boxing Matches. It’s the industries most covered and promoted matches by major media outlets worldwide with millions and millions of impressions.

Christine Curran, CEO of Ft Liquordale Entertainment, will be heading the press conference. Her company has been a part of the South Florida OCB Organization for the past decade. Christine also previously fought in the 2019 Boxing Match against Mob Wives, Natalie DiDonato. Curran is a South Florida Socialite known for 15 years in the entertainment industry as an event planner and Celebrity tv host. As well as lead host of the hot new foodie & lifestyle tv show, Dining Divas airing on the CW South Florida and in the Hawaii, Vegas Markets. Meet all her cohosts on the red carpet: Denise Casale, Lacey Mimms, Ana Reyes and Tinashei Phillips.

Press Conference Aug. 11 is free to the public with best access through the Hyatt Hotel to the James L. Knight Center. Fight night tickets for Oct. 2 can be purchased at Ticketmaster.

This event is sanctioned by ISKA.

More Celebrity attendees to be announced. Email ChristineCurranTV@gmail.com for updated Celebrity Attendees and to be added to the press list for both the Press Conference Aug. 11 and the Fight Night Oct. 2. Sponsorship Opportunities still available.
Contact
Ft Liquordale Ent
Christine Curran
954-865-7813
www.DiningDivas.tv 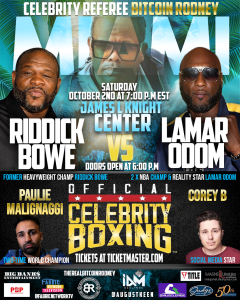