Marjorie A. Graf and the Late Robert E. Graf Honored as Influential Business Professionals for 2021 by Strathmore's Who's Who Worldwide 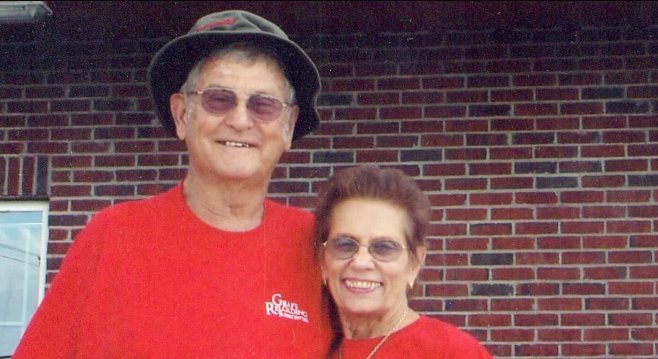 Mexico, MO, October 07, 2021 --(PR.com)-- Marjorie A. Graf and the late Robert E. Graf of Mexico, Missouri have been honored as Influential Business Professionals for 2021 by Strathmore’s Who’s Who Worldwide for their outstanding contributions and achievements in the fields of finance and retail management.

About Marjorie A. Graf and the Late Robert "Bob" E. Graf
Marjorie Graf is the President and Chairman of the Board of Directors of Graf & Sons Inc. which is a wholesale sporting goods store based in Mexico, Missouri. They sell sporting goods, hunting products, ammunition, shooting and reloading materials on a national scale. Marjorie’s husband, Robert “Bob” E. Graf, helped found the ammunition supplier, Graf & Sons, in 1957, and helped grow the small-town Missouri company into the “Reloading Authority.” Bob Graf, born in Miami, Arizona in 1934, passed away in 2018 at age 84 at Boone Memorial Hospital. Bob is greatly missed by many in his community and in the shooting and reloading industry. Bob Graf is survived by wife Marjorie, his brother Howard, four children, five grandchildren, and 18 great-grandchildren.

Bob was 23 years’ old when he joined forces in 1957 with his father Arnold, his brother Howard, and their spouses to found Graf & Sons. What has become known as “The Reloading Authority” first started as a gasoline service station in Mexico, Missouri that sold boats, motors, hunting and fishing merchandise. Bob and Marjorie Graf became sole owners of the business after the passing of co-founder Arnold Graf in 1972 and the retirement of Howard Graf in 1981. In 1986, Bob and Marjorie started to advertise across the board and began to sell internationally. In the beginning they shipped just 1,000-2,000 products a year but with the creation of their website, www.grafs.com, in 2001, the product lines expanded to fit the need.

By 2013, Graf expanded the once three-person operation to an outlet specializing in often hard-to-find ammunition and components employing a staff of 60 and was honored by the Mexico Area Chamber and City of Mexico. Bob retired in 2014, but the business is still family owned. A lifetime NRA member, Graf & Sons regularly donate rifles to the Missouri Friends of NRA program.

Graf & Sons stocks over 20,000 products and ships both nationally and internationally by mail order, phone sales, and internet sales. The company has many extremely competent employees including Marjorie’s two sons who are also involved with the business. Marj specializes in finance and the overall operations. She also oversees the exporting side of the business, customer service, and sales. She attended significant shooting events, selling to competitors nationally throughout the 70's and 80's. Ms. Graf was also integral in the early advertising and international sales. She continues running and managing the company. Previously, Ms. Graf served in sales and service at Mexico Refractories and Kaiser Refractories for over 16 years.

Marjorie was once again honored on the Reuters Billboard in Times Square in New York City in early June 2021. On February 27, 2020, Marjorie Graf was honored as the “2020 Woman of Excellence in Retail” by COMO Magazine in Columbia, Missouri. In 2013, Graf and Sons Inc. was recognized by the Mexico Chamber of Commerce for their leadership in business, their retail business, and their philanthropy and was honored at the 29th annual Commerce & Industry Appreciation Dinner. In January 2019, she received the Mexico Chamber of Commerce Presidential Award.

Marj Graf was the 2019 inductee "as an individual" into the Missouri Trapshooting Association Hall of Fame on May 17, 2019 at Linn Creek, Missouri. This was quite an honor as she has always enjoyed the shooting and hunting sports. As avid sporting clay shooters, Bob and Marjorie toured the country extensively to participate in events and in 2016 Bob was inducted into the Missouri Trap Shooting Hall of Fame. At one “Ironman” shoot in Buras, Louisiana, Graf’s five-man team broke 23,500 of 25,000 targets in 24 hours.

Marjorie A. Graf states, “I credit my parents and upbringing for molding me into a woman of excellence. I’m fortunate. I was taught by my parents that work is necessary to survive. Always do your best.”

The family requests that any future memorials to Robert “Bob” E. Graf be given to First Christian Church or to the Missouri Trap Shooters Association, with donations to the latter to be used for youth scholarships.