The Catholic clergy sexual abuse scandal has shaken the faith of believers worldwide. Though the crisis has stretched over decades, no clear and lucid explanation has been given for this “wicked problem.” Amidst the outrage and disgust, few solutions have come to light to practically address its root causes. In “The Catholic Clergy Sexual Abuse Scandal,” Jerry J. Paresa attempts to probe the causes, drawing on psychological research, hierarchical dynamics and the role religion plays in abuse. 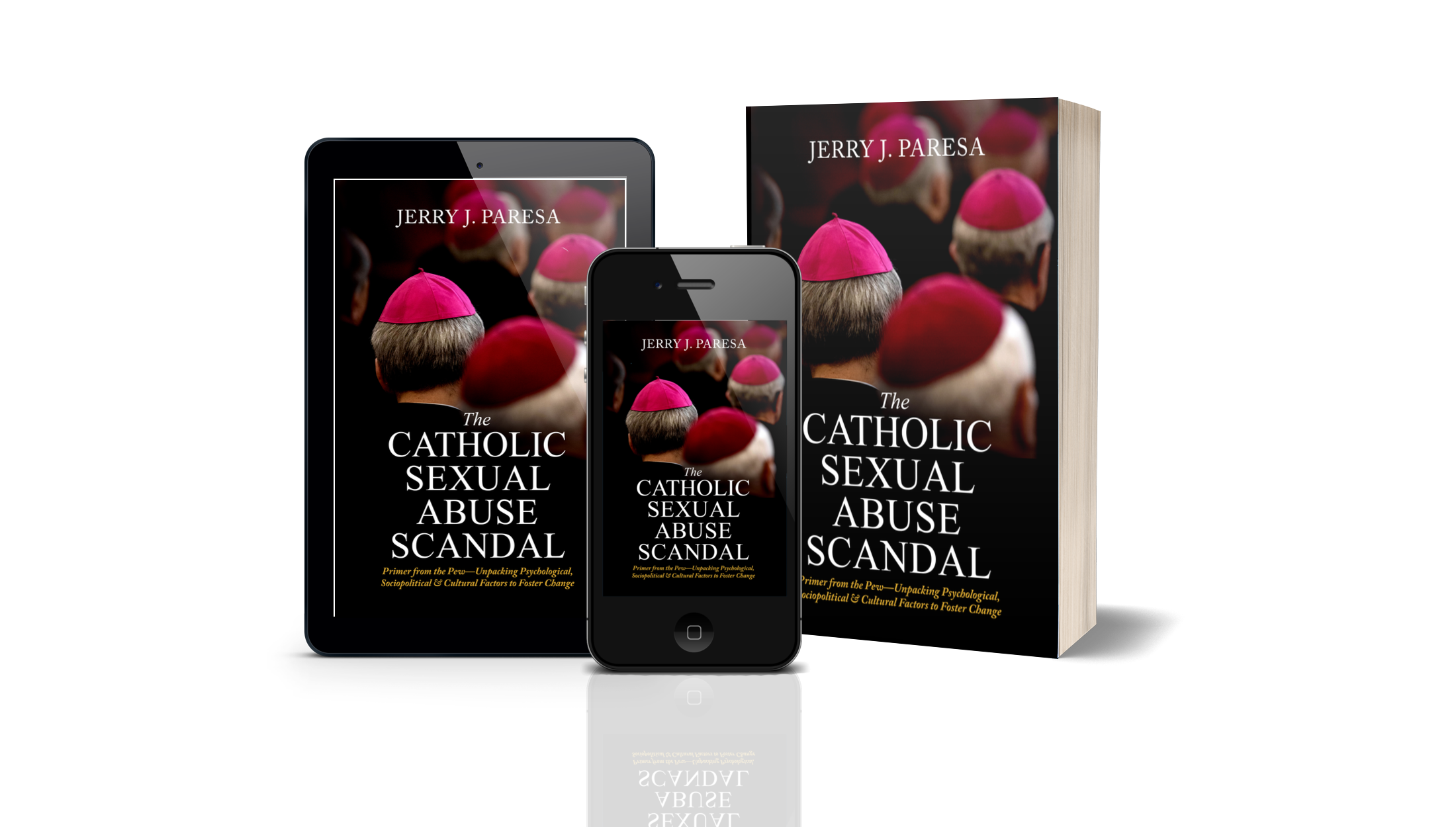 Charleston, SC, September 29, 2021 --(PR.com)-- Dedicated Catholic, Jerry J. Paresa takes an unflinchingly methodical approach to the investigation of the causes and solutions to clergy sexual abuse. Without sensitization, the author instead relies on research and comparison analysis to show the true horror of these crimes and why they are not just an aberration of a world’s singular religion.

In “The Catholic Clergy Sexual Abuse Scandal,” business executive and lifelong Catholic, Jerry Paresa, dissects the organizational elements that cause sexual abuse, dispelling clichéd myths and recalibrates the onus firmly within the church’s leadership structure itself.

For all of those trying to make sense of this pervasive sexual abuse scandal, Paresa takes a multi-faceted look at clerical abuse, bringing in data such as demographic commonalities, psychological research that helps to explain the damaging effects of unequal power dynamics, so often displayed in organized religion, can have on the most vulnerable among us.

Available in both paperback and eBook, “The Catholic Clergy Sexual Abuse Scandal” was released on September 22, 2021 and is distributed by Bublish, Inc.

As a young man, Jerry J. Paresa aspired to become a priest. He studied Philosophy and Religious Studies at the University of California and is a former seminarian for the Diocese of San Bernardino, California. Raised in Hawaii, Paresa was adopted as an infant from Turkey and is now a resident of California.

In 1987, Paresa had the monumental experience of serving Mass with Pope St. John Paul II. Although he also served as Master of Ceremonies for two bishops, Paresa’s true expertise lies in organizational culture which spans a 28-year career in management with nearly a decade as CEO.