St Andrews Press, London, is proud to announce the release of the dramatic historical novel, "The Guns of Santa Muerte: A Tale Of The San Patricio" by the best-selling Western author, Bill Vlach. Here is a hybrid Military history and Western novel about the origins of the United States of America. 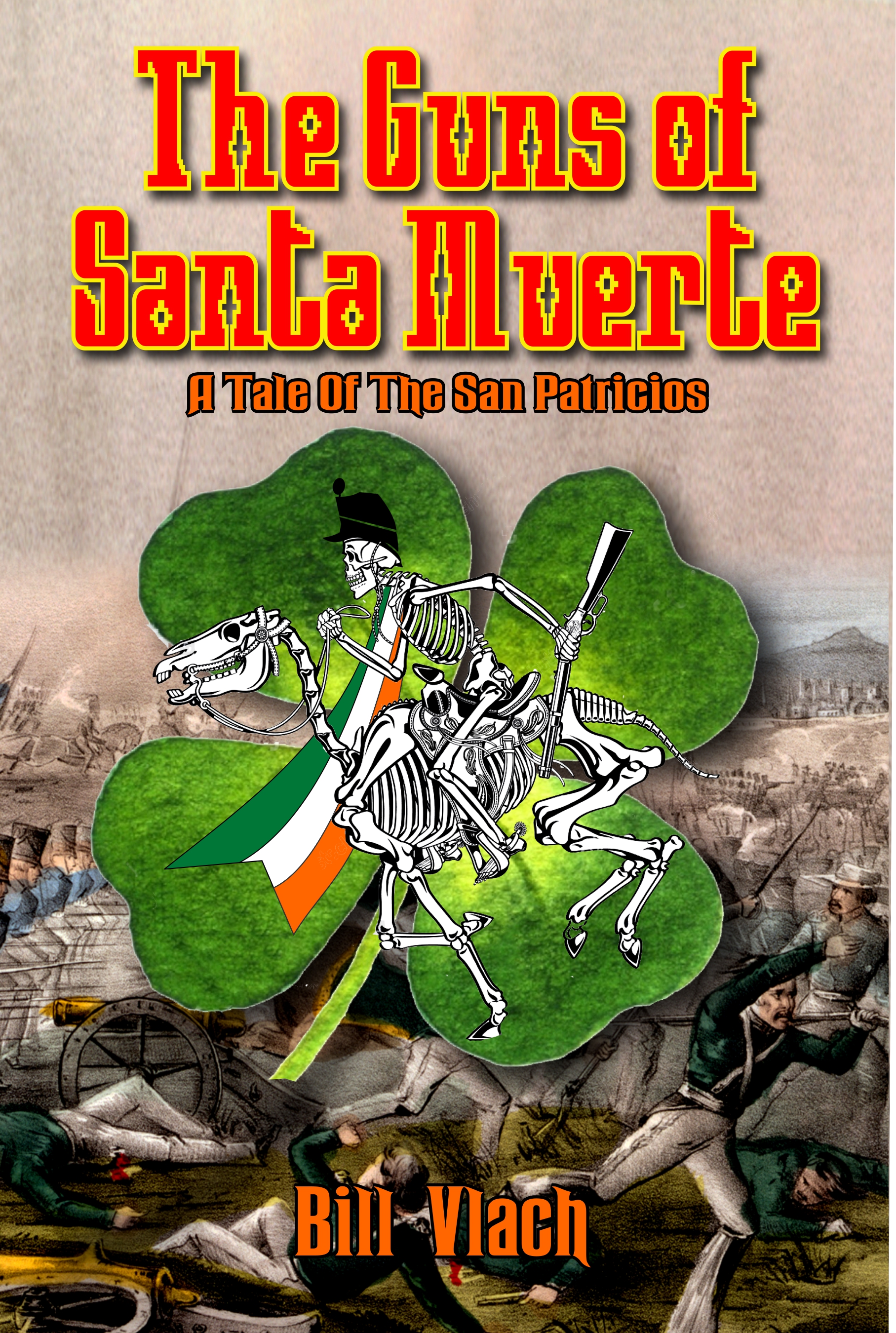 St Andrews Press is proud to release the dramatic historical novel, "The Guns of Santa Muerte: A Tale Of The San Patricios" by the best-selling Western author, Bill Vlach.

"The incredible story of the San Patricios is a little understood, but an amazing chapter in the history of the United States, Ireland, and Mexico," Vlach said. "I felt compelled to explore this story with its themes of heroism, love and meaning."

Early notices have included best selling author Robert Hanson, of "Timber" who called the novel, "A hell raising ride" and William H. Joiner, author of the best selling Western series, "The Legend of Jake Jackson" who said, "Vlach manages to get to the very heart of the conflict."

The novel begins in the tragic famine in 19th century Ireland. Fleeing the hunger ravished island, Patrick and his cousins arrive in old New York only to find themselves betrayed that city's violent pandemonium. They enlist the United States Army in the Mexican-American war, but further injustices lead them to join the legendary San Patricios Battalion, a mostly Irish group fighting for Mexican independence. This exciting story leads Patrick to fall in love with the Mexican novitiate Esmeralda and they together engage in the novel's climax in the battle for Mexico City.

San Francisco author Bill Vlach won the 2015 BAIPA Best Novel award for "The Golden Chalice of Hunahpú." A review by the Historical Novel Society declared that his writing is "more generous than that of simple military fiction." His novel, "The Guns of Revenge," was on the Amazon Best selling classic Western list for over three months. His poems are published in both in the U.S. and the U.K. His most recent poetry book is the "Sagacity of the Nose: A Year of Living Covidly."

"The Guns of Santa Muerte: A Tale Of The San Patricios," St Andrews Press, London 2021 is available at independent bookstores and from Amazon.com, Barnes&Noble.com, and other online bookstores.