The film, GENERATIONS, is a drama written, directed and produced by a woman owned mother/daughter team. It presents a snapshot of real life, where three generations of Wright women are reunited and forced to heal strained relationships. The exclusive premiere is on Wednesday, December 1, 2021, at 7:00 p.m. at Cinevision Corporation Atlanta. The film will also be streamed on Amazon Prime Video and more starting early December. 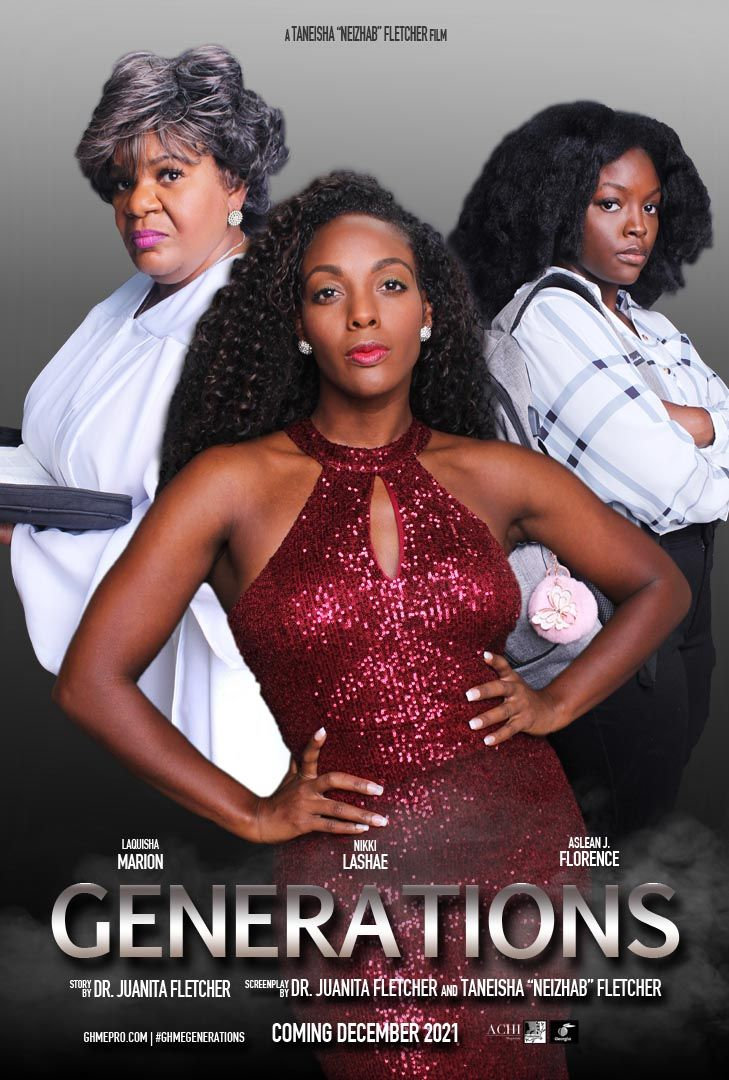 The film, “GENERATIONS,” presents a snapshot of real life, where three generations of Wright women are reunited and forced to heal strained relationships. After years of avoiding their own pasts, each woman must make a decision that could change their life forever. A trailer of the film is available for preview at https://www.imdb.com/video/vi721404697/.

GHME Productions, LLC is an American entertainment company founded by the Mother-Daughter Duo, Dr. Juanita Fletcher (Writer) and Taneisha “NeizhaB” Fletcher (Director, Editor). The owners both currently reside in Douglasville, Ga. by way of Chesapeake, VA. The company is based out of Atlanta, Georgia and engages primarily in film and TV production. Their business goal is to write, produce and distribute 1 to 2 projects per year.
Contact
GHME Productions LLC
Dr. Juanita Fletcher
844-588-2244
ghmepro.com
844-588-2244 ext 204