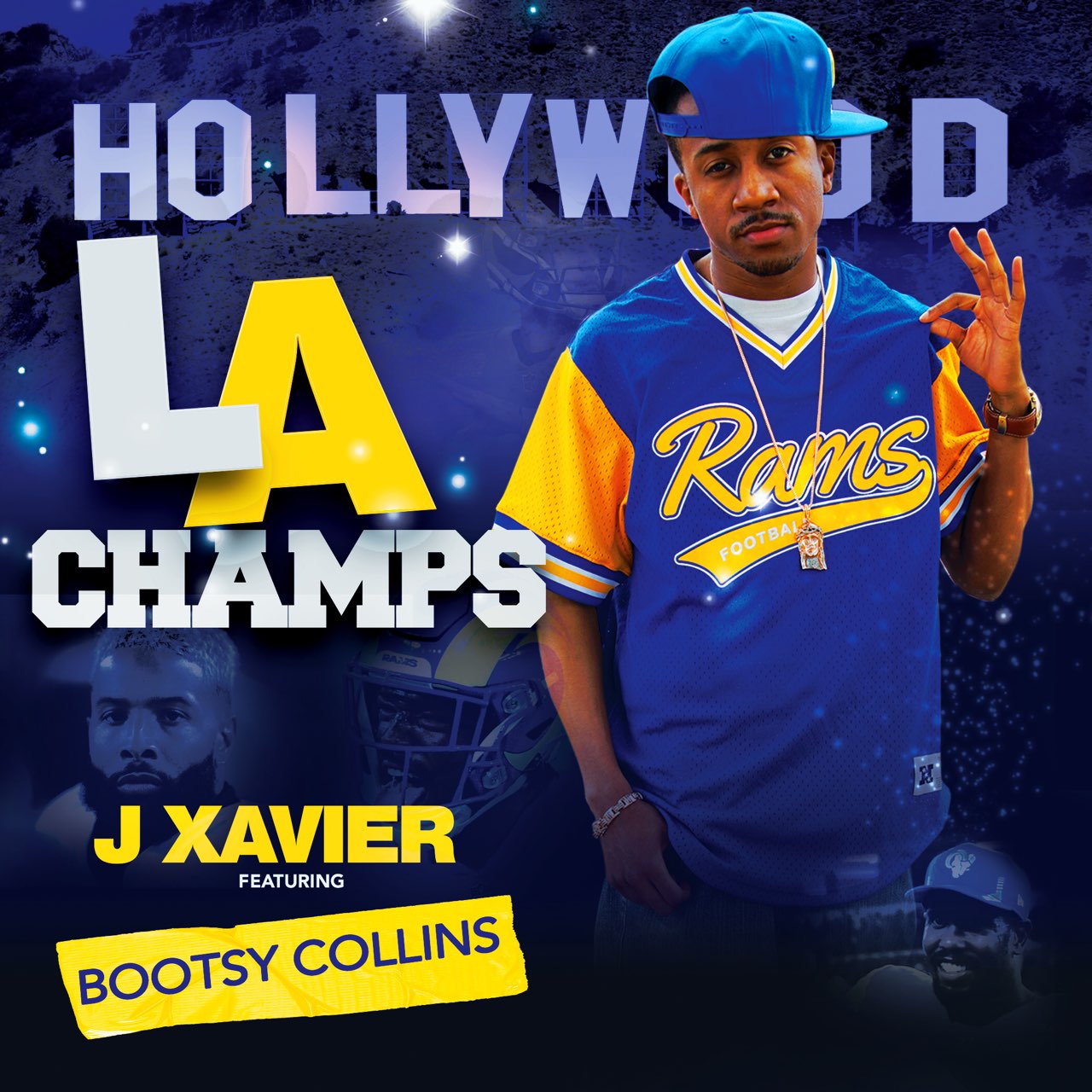 Los Angeles Rams this one is for you. Native Houstonian and worldwide entertainer J Xavier is showing major support for the winning team by way of an up-tempo champion focused hip hop tune.

In true California style, J helps the city celebrate the Super Bowl win while bringing all the bragging rights to the top of the charts as a moment of a deserving, yet long awaited ride.

J Xavier is no newcomer when it comes to showing support through his love of music and for his home and other sports teams. On an international level of support, J Xavier was invited as a participant to Beijing, China where he performed a song that he and the Legendary Funk Hero George Clinton wrote for then Houston Rocket player Yao Ming for the 2008 Summer Olympics.

J Xavier, the music artist, is a national flair, alongside J Xavier the host, the performer and the all-around entertainment personality. J the humanitarian has been a spokesperson for many organizations nationwide. J has been an invited performer by the Mayor of New York for the Keep America Beautiful Campaign. Other than teams treading in his hometown of Texan territory, J Xavier is an anti-bullying advocate as well as anti-drugs and anti-violence advocate as well.

With everything big in Texas so is J’s reputation. J’s reputation has been that of genuine devotion and creativity to his craft. A very dedicated talent, with over 75 journalistic interviews of which would take some a lifetime to accumulate under their belt. These interviews include talks with the late, great Kobe Bryant, Lil Wayne, Nick Cannon and many more. J Xavier has also been a part of the major record label Music World Ent., and he is preparing for his sophomore release with NooDay Entertainment.

To celebrate the Super Bowl Champs, "L.A. Champs" the song "is available for review below. To inquire about this deserving artist on the move and his many projects in the works: