Weekend for Women & Girls in Football is Coming to Frisco, TX 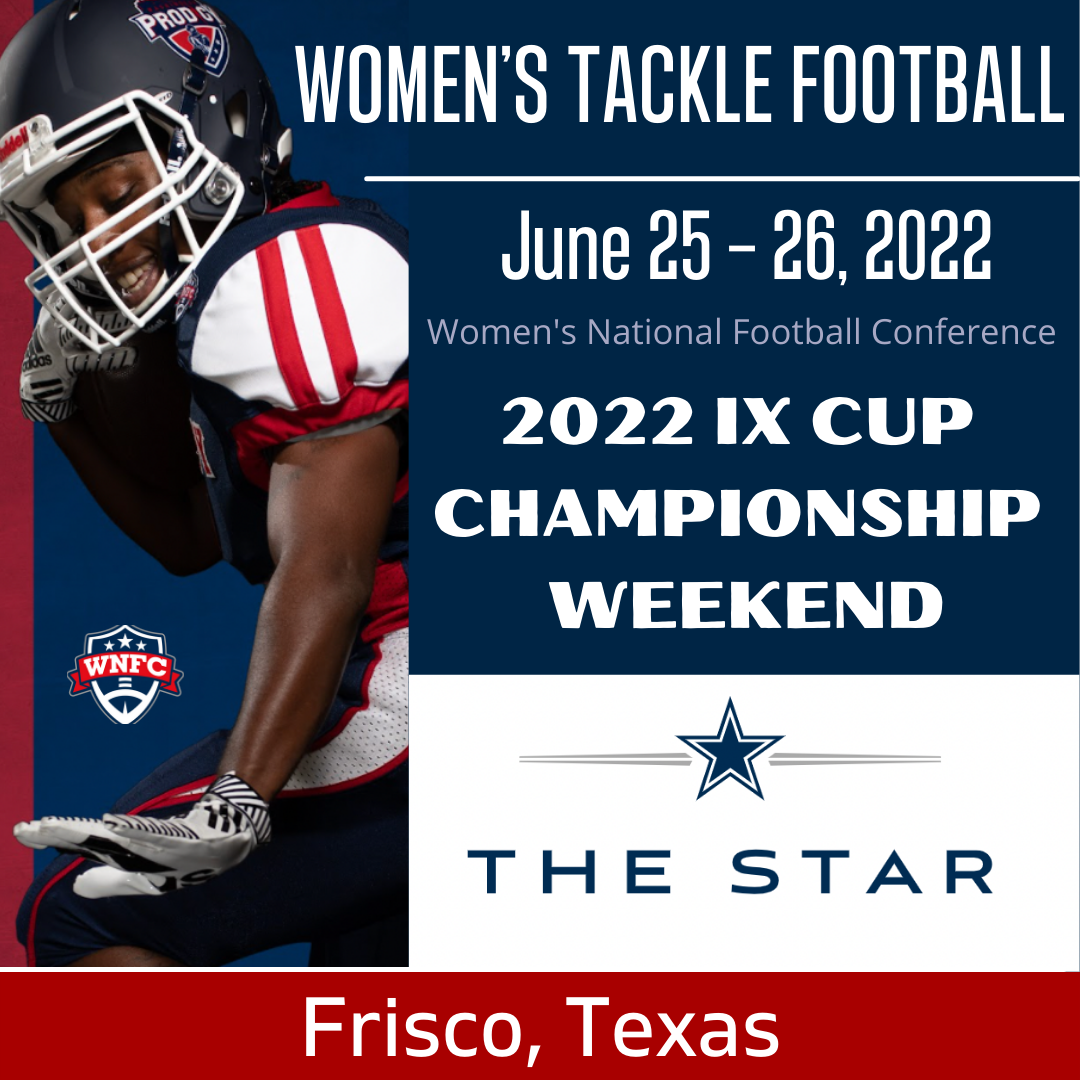 Frisco, TX, April 08, 2022 --(PR.com)-- The Women's National Football Conference (WNFC), the country's most prestigious women's tackle football league is marking its third season with a huge celebration that falls during the week of the anniversary of Title IX (the equity in sports legislation for which the championship trophy is named).

Last year's Championship weekend was an epic celebration of women and girls in sports. In 2022, the league is going bigger and better. The theme for this year's weekend of events will be "Show Up For Her."

“As we think about all the things that we can do to support the advancement of women and girls in sports, one of the most impactful things you can do is to show up for her. Show her that we are invested, with our presence.” - Odessa Jenkins - WNFC Founder/CEO

New for this year will be the 1st Annual “Girls Ball,” a massive charity gala to support Got Her Back Foundation (501c3). The event will be an inspirational night out, celebrating and providing allyship to young girls who love and play football. The event is being sponsored by the Sports Academy Foundation, with special presentations from other sponsors, Got Her Back girls, WNFC players, and executives.

In addition to the spotlight event for girls in football, the WNFC is stepping their halftime up by partnering with streaming partner Vyre Network. The collaboration will be offering fans a fully produced halftime show produced by B.A.G. Entertainment for the IX Cup Championship Game.

All events will be hosted in Frisco, TX (aka Sports City USA).

About The Star
The Star is the 91-acre campus of the Dallas Cowboys World Headquarters and training facility in Frisco, Texas. Developed as a first-of-its-kind partnership between the City of Frisco and Frisco ISD, The Star features Ford Center, a 12,000-seat stadium that hosts Frisco ISD football games and other events; Cowboys Fit, a 60,000 square-foot gym developed in partnership with leading fitness developer, Mark Mastrov; Cowboys Club, a members-only club where the country club meets the NFL; the Omni Frisco Hotel, a 16-floor, 300-room luxury hotel; Baylor Scott & White Sports Therapy & Research at The Star, a 300,000 square-foot center of excellence for sports medicine; as well as a variety of shopping, dining and nightlife options throughout The Star District.

About WNFC
The WNFC was created to help women and girls reach their full potential through the power of football. Heralded as the most provocative women’s tackle football league in the world. Sponsored by adidas and Riddell Sports, the league is the highest level of women's tackle football in the US.
Contact
WNFC
Janice Masters
724-809-5247
www.wnfcfootball.com