Callahan Banks is one busy lady. A solitary and ferociously independent biologist, she is loving life now that she’s returned to her sleepy Southern home on Timicau Island. A mom-to-be with conflicting feelings about her baby’s father, she gets drawn into a murder investigation involving the island’s many colorful characters as both suspects and sleuths. In “Perils of a Pregnant Sleuth,” Dershie McDevitt presents a page-turning puzzle packed with nature lore for cozy mystery fans. 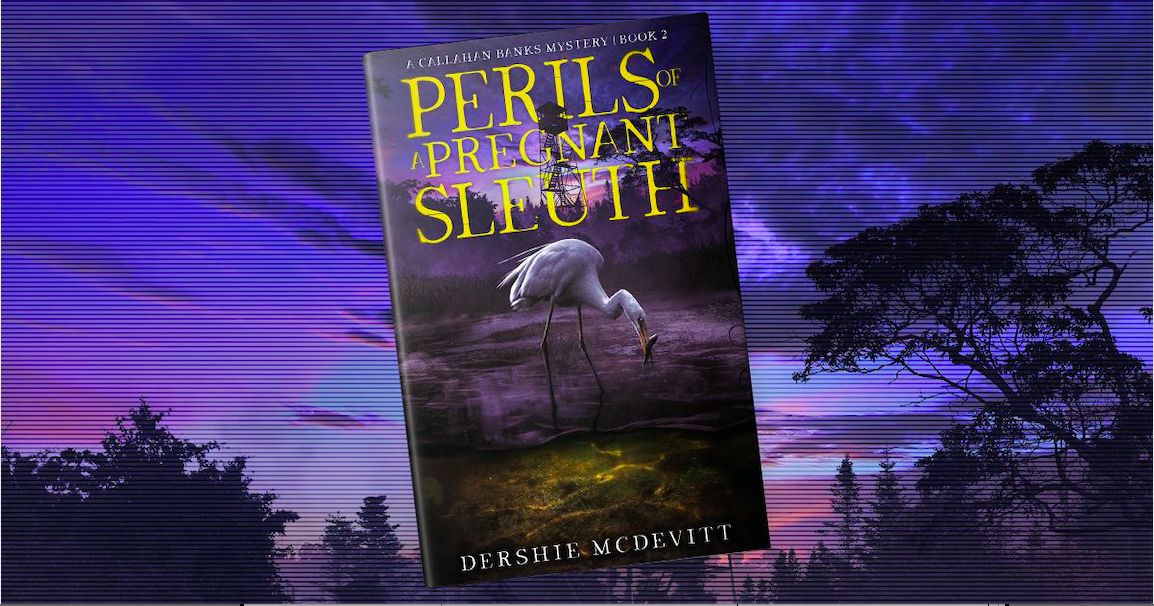 Charleston, SC, November 02, 2022 --(PR.com)-- Just when Callahan Banks thinks she has her hands full with a baby on the way and big decisions to make in the romance department, her isolated island home is thrown upside down by a grisly murder and a mystery that must be solved.

San Francisco Book Review and IndieReader are calling Dershie McDevitt’s “Perils of a Pregnant Sleuth” a “hard to put down,” “lyrical and poetic” page-turner set on the wild South Carolina barrier island called Timicau. Here, feisty heroine Callahan Banks is enjoying pregnancy on her own terms while letting her heart ponder a marriage proposal from the island’s wealthy owner, Pepper Dade. As Pepper continues to pressure her, several new families move to the island, including a set of nine-year-old boy triplets who discover the body of a man buried alive in tidal Velvet Creek.

When two more bodies are discovered on the island, tensions escalate. Callahan and Harry, the precocious outlier of the triplet gang, set out to solve the mystery which gets complicated because of the island’s wildly colorful inhabitants. With an unforgettable mix of Southern charm, spine-tingling suspense, light-hearted humor, and even some biology-inspired detective work, Callahan must resist Pepper and focus on finding the murderers before they kill again.

Available in both paperback and eBook editions on Amazon and other major online retailers, "Perils of a Pregnant Sleuth" is the sequel to the Callahan Banks Mystery series. It was released on September 30, 2022, and is distributed by Bublish, Inc.

About the author
Dershie McDevitt is a lifelong writer who first discovered her passion as early as grade school. That interest in sharing her thoughts, observations, and feelings brought her to graduate school and a MLA degree at UNC-Asheville. An avid reader, her love of humorous cozy mysteries inspired her to craft them herself. Now on her third novel, McDevitt draws inspiration from a second home on a South Carolina barrier island, which is the setting for her stories.

A wife, mother, and community volunteer, when she is not writing McDevitt can often be found in nature or supporting initiatives to protect the lands around her. Learn more about Dershie McDevitt at dershiemcdevitt.com.