For two consecutive years (2006 and 2007), El Camino Trailways has been recognized for its 143% business growth rate achieved during the past two years, while the industry’s overall annual growth rate is a modest 5%. 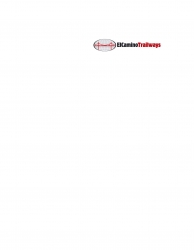 San Francisco, CA, November 25, 2008 --(PR.com)-- El Camino Trailways, San Francisco based motorcoach service provider with operations in California and Nevada, announced today it has, once again, been named one of the Top 100 Fastest Growing Transportation Services Companies by Inc. magazine. For two consecutive years (2006 and 2007), El Camino Trailways has been recognized for its 143% business growth rate achieved during the past two years, while the industry’s overall annual growth rate is a modest 5%. The company’s explosive growth has also achieved it prominent position on Inc. Magazine’s Top-5000 Fastest Growing Private Companies in America for 2006 and 2007. Each year Inc. magazine publishes a list of the 5,000 fastest growing, privately-held companies in the United States as well as the Top 100 fastest growing companies in each sector. This includes Transportation Services, which is comprised of motorcoach, trucking, transit and other transportation venues. Founded in 1962, El Camino Trailways is one of the most well-known and established motorcoach operators in the San Francisco Bay Area. The company was acquired by a Silicon Valley based investor group in 2005, and since then has experienced dramatic growth. Earlier this year, El Camino Trailways acquired a Nevada-based motorcoach operator to help extend its services reach into the Reno-Tahoe market. “We are proud of our achievements in 2007 and delighted with the recognition bestowed upon us two years in a row by Inc. magazine,” said Kumar Shah, Chairman of El Camino Trailways. “With our 2007 accelerated growth, we not only made the Top-100 List, but also moved up the ranks from #71 in 2006 to #40 in 2006 from among all transportation services companies; we also achieved the #2 rank among motorcoach companies in the Top-100 list.” El Camino Trailways is a member of the Trailways Transportation System (Trailways), which is the oldest North American motorcoach system comprised of independent, privately-owned motorcoach companies with an enviable reputation for providing safety, security, quality, reliability, and value for services provided. The network offers a choice of transportation solutions and services including: corporate, private charter, school and military moves, contract services, sightseeing, tours, and travel planning to a customer base drawn from throughout North America and parts of Europe.www.trailways.com.

“We congratulate the extraordinary achievements of team member, El Camino Trailways. They are a wonderful example of how to operate a successful business model, in good times or bad; it is uplifting to witness, even as our nation’s economy continues to decline, they continue to rise in the ranks of business success,” stated Gale C. Ellsworth, Trailways president/CEO.

“In addition to our growth leadership, we are also proud of the operational and performance improvements we have made – including business and market diversification, development of our key customer segments - Tour & Travel, Corporate, Conventions & Meetings, and Schools and Universities; and, on-going investment in mobile infrastructure and Internet/Web technologies to further improve our operational efficiencies,” added Mr. Shah. “The investment we have made in Operations Support Systems is helping to scale our business more effectively and efficiently; instrumental to the execution of our growth and acquisition strategy moving forward.” About El Camino Trailways Headquartered in South San Francisco, California and with bases of operations in San Francisco, Silicon Valley, South Lake Tahoe, Truckee and Carson City, Nevada, El Camino Trailways provides charters for Tour and Travel, Corporate events, Conventions and Meetings, Private Groups and Schools & Universities to destinations in California, Nevada, Washington, Oregon, Arizona, Colorado, Utah and other Western States. The company's interactive website at www.elcaminotrailways.com serves as a convenient portal for travel groups and group travel planners. Established in 1962, El Camino Trailways is one of the most established and one of the largest motor-coach operators in California and Nevada and a member of the Trailways organization. The company was named ‘Top-100 Transportation Service Company’ by Inc. magazine for two consecutive years – 2006 and 2007. For more information, please contact: Lynn Markey El Camino Trailways Tel: (650) 989-2605 E-mail: lmarkey@elcaminotrailways.com

For two consecutive years (2006 and 2007), El Camino Trailways has been recognized for its 143% business growth rate achieved during the past two years, while the industry’s overall annual growth rate is a modest 5%. The company’s explosive growth has also achieved it prominent position on Inc. Mag