"Space Talk," the Asha Puthli classic has been transmitted into deep space by the UK based organization, SentForever, in tribute to NASA, Buzz Aldrin and Neil Armstrong's historic moon landing. 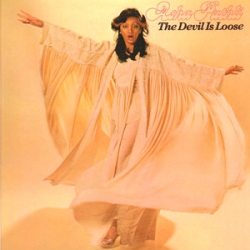 Los Angeles, CA, July 28, 2009 --(PR.com)-- In celebration of the 40th Anniversary of the Apollo 11 landing on the Moon - and as a tribute to NASA and the pioneering spirit of Buzz Aldrin and Neil Armstrong, the first space walkers to land on the moon - "Space Talk," the Asha Puthli classic has been transmitted into deep space by the UK based organization, SentForever. The song was transmitted through a dedicated British Telecom transmission dish situated at the historic Goonhilly earth station in Cornwall, UK. It was broadcast in the form of radio waves that travel at the speed of light and will travel through space for the rest of time. Last year The Beatles' “Across the Universe” was successfully transmitted by NASA.

In a strange twist of fate, 40 years ago the spectacular image of the Moon landing graced the front cover of Life Magazine (Dec. 12, 1969 issue). The back cover is a double page fold out ad featuring Asha Puthli's first modeling assignment after she landed in the U.S. From Space Walk to Space Talk.

In recent years, the underground 1970’s classic from the album The Devil is Loose has become a heavily sampled popular hip-hop break record. Asha Puthli has co-writer credits with Jay-Z, P.Diddy, Big Moe, Jermaine Dupri, SWV and The Notorious B.I.G. on the track “The World is Filled” from the multi-platinum album, Life After Death. Now, Asha has teamed up with hip hop artist and activist, Shyan Selah, to re-record the original classic with a hip hop edge.

Asha's commercial promise was better understood in Europe, where she was promptly signed to a record deal by CBS. Mostly unreleased in the U.S., Asha has 10 recorded solo albums from the ‘70s and ‘80s for labels like EMI, CBS/Sony, and RCA. Once considered underground classics and collectors’ items, the albums are now all available on ITunes, Napster, Amazon, CD Baby and Rhapsody or through her website www.ashaweb.com.

“Space Talk” was hailed as an instant classic by the New York Times and Thom Jurek of allmusic.com praises the record as “a masterpiece of snakey, spaced-out soul and pre-mainstream disco…The Devil Is Loose is one of the more enduring pieces of Euro soul from the '70s, and despite its dated production techniques, its songs and Puthli's voice stand the test of time very well.”