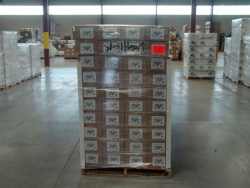 Charlottesville, VA, August 18, 2009 --(PR.com)-- Miljenko Matijevic/SteelHeart has been busy working on a dream…. now a reality. The singer, writer, producer is introducing something new to his fans and to the world…., Mili’s own special blends of gourmet “coffee.”

Scheduled to hit the shelves August 19th to sixty Ralph’s Grocery stores in the Southern California region, SteelHeart Coffee begins its journey working its way up the coast. The SteelHeart Gourmet Coffee Line will consist of signature blends branded by Mili’s hit songs and centered around SteelHeart’s vision such as Colombian Supremo “Stand Up & Shout”, Organic Nicaraguan “Father Nature,” a mix of the 40% Colombian & 60% Nicaraguan “Good 2B Alive” and a Colombian decaf “Mother Nature”. The coffee will also be available at the Steelheart’s Store website by the 19th of August. See you at check out.