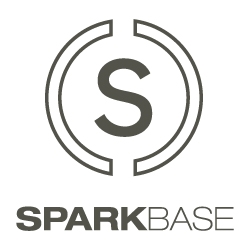 Christine joins the SparkBase team after 5 years with Restaurants-America, where she was General Manager at two locations, project manager for new store openings and a Manager Trainer. As a Manager Trainer, Christine assisted in restructuring the training program for new team members as well as mentoring managers after training was completed.

“Christine brings an impressive skill set to the company,” said Douglas Hardman, SparkBase’s CEO. “As we add larger clients, we’re finding that ongoing training and support is as important as the continual technology improvements that are the cornerstone of our company.”

Christine’s locations were two of the top performing in the company, boasting more than 25% annual sales increases year over year, due in part, to her successful implementation and marketing of the loyalty program at both locations.

“We needed someone that not only understood the technology, but also what the merchants were looking for in a gift & loyalty program,” said Mr. Hardman. “Christine can show our clients how stored value programs are used in the field, and offer suggestions about how they can better attract new business with well-executed programs. It’s a win-win for everyone.”

About SparkBase
Since 2004, SparkBase is the technology leader for the processing of private label gift and loyalty programs. Headquartered in Cleveland, OH, SparkBase processes millions of transactions annually for merchants in five countries. SparkBase uniquely offers its client the ability to private label stored-value programs on a state of the art network, without involving a middleman. SparkBase’s innovative business model and robust network have contributed to its annual growth of 150% for the past two years, an amount that will be exceeded in 2009. For more information, please visit sparkbase.com.