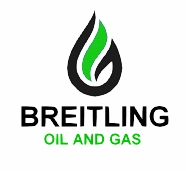 Breitling presently owns a 25% working interest in approximately 360 acres onshore in Jefferson County, Texas. As part of the project, Breitling will re-enter an existing oil and natural gas well which had previously been in production and was shut-in. In addition, the company plans to test other potential producing formations in the 11,200 to 11,400 foot level of the wells.

The company reports that is currently preparing to close the final investor funding for the project and late April 2010 is the earliest window during which Breitling can efficiently complete the BREITLING-BURR #1 prospect while maintaining a tight control on project costs. “We are extremely excited to have secured the lease on the BURR-#1 and be given the opportunity to re-enter and turn back on such a massive producing well” says Chris Faulkner, Chief Executive Officer for Breitling. “The old operator made some mistakes by not gravel packing the wellbore and lost the lease. Their unfortunate mistakes are definitely to our advantage.”

The Company anticipates that re-entry efforts will commence within the next 45 days and plans to subsequently re-complete the well for commercial production as soon as possible thereafter.

In preparation for the re-entry of the BREITLING-BURR #1 well, Breitling has identified a coil tubing rig, surveyed the existing well location, completed the new site permitting phase of the project, and secured all bonds required for re-entry of wells within Texas and secured Timberwolf Energy as the re-entry operator.

-About Breitling Oil and Gas-

Dallas-based Breitling Oil and Gas Corporation is an experienced independent oil and gas exploration and production company. Breitling has thrived for over 5 years by leveraging teams of industry experts and creating opportunities for oil and gas investors. With veteran employees and long term industry relationships, Breitling is uniquely positioned to have the advantage in developing high quality prospects.