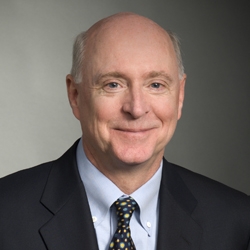 Dallas, TX, May 18, 2010 --(PR.com)-- Balfour Beatty Construction has named John Tarpey Chief Executive Officer of its newly established North Region, which serves markets in the northern half of the United States and Canada. In his new role, Tarpey oversees strategy and operations for the company’s current Washington, D.C., division, expanded National/Federal division, and National Integration group.

“John’s leadership has helped us forge lasting relationships with clients and partners, pioneer new technologies and delivery methods, and develop some of the most talented teams in the Washington, D.C., area,” said Robert Van Cleave, Chairman and CEO of Balfour Beatty Construction. “In establishing our new North Region, we knew that John was a perfect fit for the job.”

Balfour Beatty’s decision to regionalize its operations stems from significant organizational changes and acquisitions in the past year, which increased not only the size of the company, but also extended the company’s reach into new vertical and geographic markets. The firm is now positioned to better leverage the talent and resources of the entire company to deliver the best client service and to support continued growth and expansion, including improved development and capture of business opportunities.

“Following a regional model, we can offer greater synergy, responsiveness, and collective strengths to the clients we serve,” explained Van Cleave.

As part of the establishment of the North Region, the company announced several key leadership promotions. Stepping into Tarpey’s previous position, Steve Smithgall has assumed the role of president of Balfour Beatty’s Washington, D.C., division. A senior leader with the company since 1997, Smithgall now oversees all management and operations in the Washington, D.C. area. Reporting directly to Smithgall, Bill McIntosh, LEED AP, has been promoted to Senior Vice President of Business Acquisition. McIntosh has been instrumental in the division’s growth since he joined the company in 1997.

Balfour Beatty Construction has grown its Federal group into a standalone National/Federal division. The new division supports federal and select large projects in the United States and public-private partnerships across the United States and Canada. Leon Blondin, who has led the Federal group to more than $500 million in successful pursuits in the last 18 months, has been promoted to Division President.

Also part of the North Region, Balfour Beatty’s National Integration group will be led by corporate vice president Mark Konchar. Since joining Balfour Beatty in 1999, Konchar has led the Washington division’s efforts in design-build, technology, and collaboration. In his new role, he will build teams for select pursuits across the company’s national reach and promote increased efforts in the areas of integrated project delivery, design management, procurement, research, and technology innovation nationwide.

“During an economic downturn such as the one we are currently experiencing, it is a good time to re-evaluate strategy, make adjustments and prepare for the inevitable upturn,” reflects Tarpey. “I’ve had the pleasure of working with Steve, Leon, Mark, and Bill for many years, and look forward to continuing to work with them as the leaders of our new North Region.”

About Balfour Beatty Construction
Balfour Beatty Construction, a leader in the U.S. commercial construction industry for 77 years, provides general contracting, at-risk construction management, design-build, preconstruction, public/private, and turnkey services for public and private clients nationwide. The company employs 2,100 professionals, is a Top 10 Green Builder, and was recently named one of the 100 Best Companies To Work For® in the U.S. by Fortune Magazine. The company is part of London-based Balfour Beatty plc, a global leader in professional services, construction services, support services, and infrastructure investment with over $16 billion in annual revenues. To learn more, visit balfourbeattyus.com.