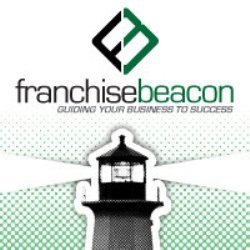 Lake Charles, LA, July 12, 2010 --(PR.com)-- Club Tabby opened their first location in Lake Charles, Louisiana in 2007. After proving their business model, they partnered with Franchise Beacon in the beginning of 2010 to launch the Club Tabby Franchise. In just a few short months, Franchise Beacon has recruited and helped Club Tabby open its second franchised location in Evansville, IN, Sold the rights to open three additional locations, formalized an agreement for the Master Development rights to all of Canada, and portions of IN, TN, IL, and KY.

“We are extremely happy that Franchise Beacon has shown such a high level of interest so early in the existence of our company. We are very enthusiastic about the explosive expansion and expertise they’re bringing us," said Christie Harmon, Club Tabby’s CEO.

The Club Tabby concept is designed to take advantage of two major consumer trends: the continuing growth of Tween retail, coupled with Americans' interest in giving their little girls a birthday party that will be remember fondly for many years. Little girls need their beauty fix, too. A pretty up-do, make up, and manicure might be just the thing after a hard day at school or a break from piano lessons, soccer, and dance class. Or, for special occasions, they can schedule an afternoon out with the girls and make all their dreams of being a movie star, a rock star, or a princess come true by hosting her own special occasion party. From a limo pickup to the catwalk, every aspect will be part of a day every little girl will always remember.

"We are very excited to be a part of the expansion for the Club Tabby Franchise. This is a hot concept and one which we believe will be a major success in the franchise industry. We have created a perfect vehicle for franchising retail concepts and Club Tabby has a great fun atmosphere and a very sharp operation," said Chris Wilson, VP of Business Development for Franchise Beacon.

Franchise Beacon offers a unique approach that remains unmatched by any other firm in the industry, he noted, and the company has developed the first ever Virtual Franchise Development Department.