Shreveport, LA, March 23, 2011 --(PR.com)-- Earle Labor, Emeritus Professor of American Literature and Director of the Jack London Research Center at Centenary College, has been honored as the "Jack London Man of the Year 2011" by the Jack London Foundation. The award was recently presented to Dr. Labor at the 41st Annual Jack London Banquet in Sonoma, Calif.

Among those in attendance were Labor’s wife Gayle, his son Kirk, Professor Per Serritslev Petersen from the University of Aarhus, Denmark, and Centenary alumna Jeanne Campbell Reesman, who delivered an address on her new book, Jack London, Photographer.

Recognized as the world’s leading Jack London scholar, Labor taught the first course on London ever offered in the United States as a Visiting Professor at Utah State University in 1966, and the first Jack London course ever presented in Western Europe as a Fulbright Lecturer at the University of Aarhus in 1974. After returning from Denmark, he worked to initiate a student-teacher exchange program between the University of Aarhus and Centenary College.

In 1988, with the encouragement and support of Jack London’s great-nephew Milo Shepard, Centenary alumnus Samuel Peters, and then College President Donald Webb, Dr. Labor established Centenary’s unique Jack London Museum and Research Center. He has directed four Summer Seminars for Teachers sponsored by the National Endowment for the Humanities, which have included participants from Germany, the Philippines, Albania and the Congo.

Dr. Labor was honored in 2000 by election into the International Association of Professors, and in 2007 received a letter of commendation from the Director of Secretariat, University of Aarhus, for his “untiring contribution to international understanding and scholarly cooperation.” Among his numerous other honors are memberships in the Omicron Delta Kappa Society and Phi Beta Kappa Society. In 1991, he was honored as “Humanist of the Year” by the Louisiana Endowment for the Humanities; and in 1999, the Shreveport Times cited him as one of the “100 Influential People in Northwest Louisiana over the Past 100 Years.”

During the past half-century, Professor Labor has published eight books and nearly one hundred articles on Jack London. In 1974, his Jack London, the first book-length critical study of this celebrated author’s works, received a “5 Star” rating in The West Coast Review of Books. The 1988 Stanford University Press three-volume edition of London’s Letters, co-edited with Robert C. Leitz and Milo Shepard, was accorded front-page reviews in both The New York Times and The [London] Times Literary Supplement. In 1990 the Authorized Macmillan Edition of London’s Short Stories, also co-edited with Leitz and Shepard, was featured by the Book-of-the-Month Club. Viking/Penguin Books published Labor’s selection of London’s representative writings in their prestigious Portable Series in 1994.

All of these and many other memorabilia are currently on display in the Samuel Peters Building at Centenary. Labor’s definitive Jack London biography, Jack London: An American Life is scheduled for release next year by Farrar, Straus & Giroux, Publishers.

Although retired from full-time teaching, Dr. Labor still maintains his office on the Centenary Campus and presents his Jack London Seminar each fall semester.

The Jack London Educational Research Foundation Inc. was established in August, 1976, to maintain source material and memorabilia in addition to promoting research activities of the life and work of Jack London. Aside from offering free assistance to writers, researchers and others interested in Jack London, the Foundation sponsors a monthly Jack London Reading Group, as well as resources for Jack London seminars and symposia. 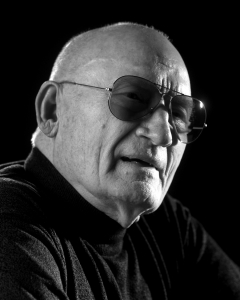 Earle Labor, Emeritus Professor of American Literature and Director of the Jack London Research Center at Centenary College, has been honored as the "Jack London Man of the Year 2011" by the Jack London Foundation.