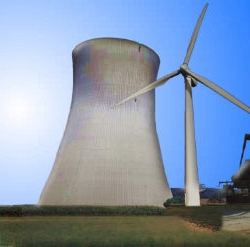 Tampa, FL, September 01, 2011 --(PR.com)-- Although news about the Smart Grid are sporadic these days, researchers at the most prestigious Universities are at work with new smart grid enabling technologies. Multinational companies such as General Electric, Siemens, Toshiba, Cisco, and Oracle are strategically positioning themselves in different sectors of what will inevitably be a multibillion dollar per year global market. A series of acquisitions by some of these multinationals is a testament of this effort. GE recently acquired Ireland based FMC Technologies, a Billion dollar a year smart grid player in the Electrical Utilities Market. In a similar move, Toshiba recently acquired Landys+Gyr, a leader in the smart meters market, positioning itself closer to the future smart grid consumer. Despite the global economic slowdown, the smart grid saw a large increase in private investment during 2010. According to Mercom Capital, a venture capital firm, venture funding in the smart grid sector duplicated during 2010 in comparison with 2009, but had slow start in 2011. SBI Energy, a market research company in the energy industry, forecasts that with current legislation, the world wide market for grid enabling products will surpass $186 billion by 2015. The U.S. Department of Defense, the largest single energy consumer in the United States is investing heavily into smart grid technologies, as these have the potential to provide increased security and reliability for their power needs.

The concept of Phasors is dear to many Electrical Engineers as it is a very convenient way to represent sinusoidal data of electrical currents. Phasors are also an integral part of the Smart Grid, as their essence is used by devices called Phasor measuring units, or synchrophasors. These devices provide real time information that makes it possible to synchronize multiple sources of energy. Even today, these devices are being deployed in the grid as a tool to prevent costly electrical grid disturbances like the 2003 Northeast regional blackout. In the event of natural disasters, a smarter grid could minimize the impact to the population, and can help mitigate the effects of crippled portions of the electrical grid. The development of the smart grid might be incremental with addition of Phasor measurement units and other smart grid enabling technologies.